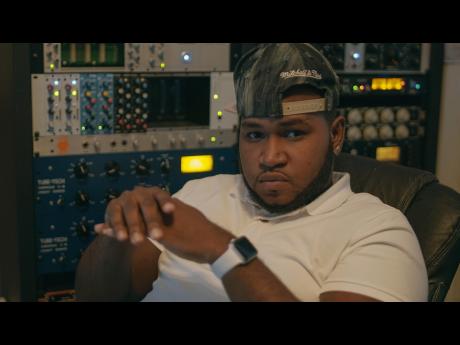 Coming on the heels of a successful 2017 that included an endorsement from Bacardi Rum and Major Lazer through the Music Liberates campaign, Jamaican producer CJ The Chemist continues to experience good fortune in 2018. Robot Wine, performed by dancehall artiste Spice but produced by him, was recently featured in the latest season of the American television series Love & Hip Hop: Atlanta.

The experienced producer said that he is grateful for the exposure as the song's inclusion in the show has resulted in some extra attention for him, as well as dancehall.

"This is a good look for dancehall and my career. Since the airing of the episode, I have been getting a lot of attention from various international players who have taken a keen interest in my work," he said. "I would also like to personally thank Spice for all the support she has given me throughout the years."

For CJ, this is another major accomplishment as he has been trying to carve his own niche in the international market since migrating to the United States almost a decade ago.

CJ, whose given name is Steve Rowe, said the recent news has given him the drive he needs to push even harder, and he has since released two new projects. The first is called the Up Top rhythm, which features only New York-based acts. The rhythm has already seen some amount of success with Noah Powa's song, Feel It, which has been commanding good attention locally and internationally. The project also features upstarts Shootii, Rassi and Chino Rebel. The second project again features Powa on the track Dem Nuh Like We, a collaboration with ZJ Liquid. Other acts on the compilation are Kranium and Kappa.