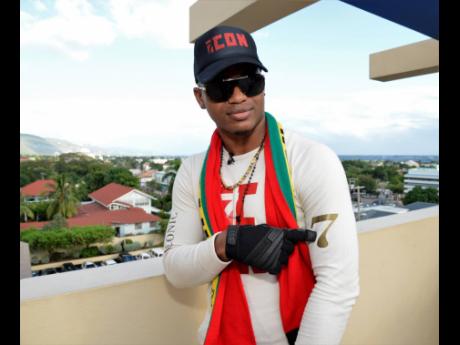 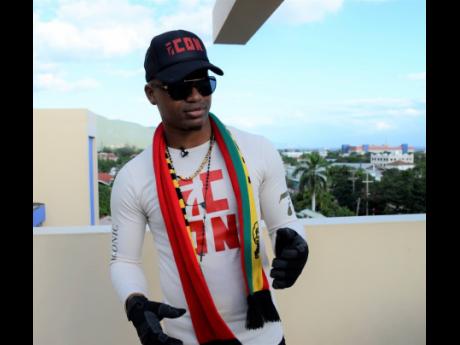 STAR of the Month, Marlon Samuels, says he has no regrets about how the situation between himself and Yanique 'Curvy Diva' Barrett played out in reality. The cricketer-turned-deejay says that although things got messy between them, the drama catapulted him into the dancehall space, and he has been playing his hand well with the cards he had been dealt.

"What she did is bring me into this dancehall space and I said 'OK, it's time for me to do music'. My fans were in India, Pakistan, this whole thing make Jamaicans get to know me as an artiste. Jamaicans know about me but they don't see me. I don't go out, I am not even a party person. I stay home with the family," he said.

"What she did was loud up my quiet zone and get me angry. When you destroy my quiet zone and take away that from me, you really didn't expect me to come out and answer yuh? I had to answer because my reputation was at stake."

Equating reputation with life, Samuels said he worked hard to build his brand and the Yanique drama threatened to drag down the legacy he toiled at for years.

"I am a brand, I am an ambassador. When you speak towards me and anything that can damage my reputation, yuh affi come wid di truth and with facts. The reality of it is that telling lies just for the hype of social media, that doesn't work round here. It may work with other people but it doesn't work with me," he said. "I know this person but I have never put this person upfront. Nobody knew I knew this person, this person always stay in the shadow. There wasn't any relationship, none whatsoever."

He then revealed that the defamation case between the two is still in front of the courts, and says the only thing that can remedy the situation is an apology from the Curvy Diva.

"Nothing has changed. We're in the process of continuing the defamation case so all those stuff she said, she have to go and prove dem. It work out for me but she still have to apologise and do the things we require of her to do. What she did was wrong on every level and we not accepting that," he said.

"Some people can do some things to you and yuh forgive dem, but for me, what if those lies that were told had worked? They would have taken away the most important thing to me and that is taking my kids to school because I would be like head down in the ground."

Samuels last year successfully sued former Australian cricketer Geoff Lawson and broadcaster 2KY for defamation. Lawson had made erroneous, malicious and unjustifiable statements when he suggested that Samuels is connected to shady persons in Jamaica.

'What she did was loud up my quiet zone and get me angry.'