Teejay and Vanessa Bling light up Secret Getaway in MoBay 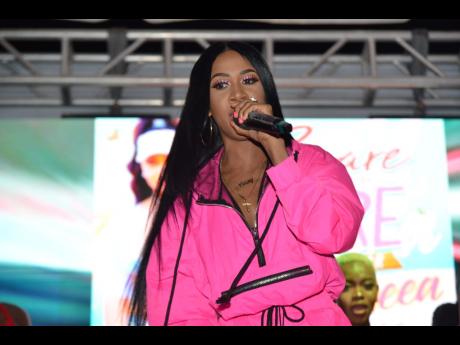 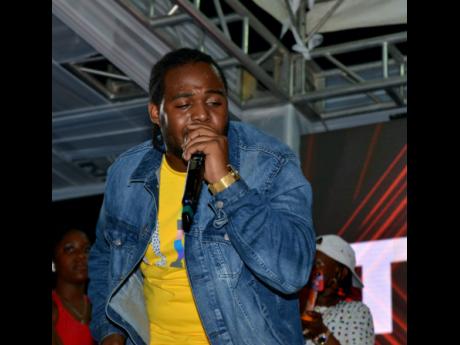 After what seemed to be a smooth start, Montego Bay's premier Easter weekend party series, Secret Getaway, was hit by heavy showers on Saturday night, but not before Teejay and Vanessa Bling served up a treat.

A successful Milk Ultra All White day beach party, saw performances by Teejay and Vanessa Bling, with patrons from as far as Connecticut and Toronto, expressing their delight. The treat started when ZJ Sparks introduced female dancehall entertainer Vanessa Bling, who quickly had the ladies singing the chorus of her hit single, Independent Ladies.

The Uptop Boss, Montego Bay's very own Teejay, then took the event in his own lane as both men and women could not help but braff to his performance. A very pleased Teejay, speaking with THE STAR after his performance, said, "I expect the event to grow next year and I'd definitely perform on it again, anything for my Mobay people."

Secret Getaway, which is in its second year,  is promising to be an unforgettable experience for hardcore partygoers. The itinerary is jam-packed, as seven events will be held over the course of four days.

Following Milk Ultra All White, patrons eagerly anticipated Bare as You Dare, for which fast-rising female dancehall deejay, Shenseea, was booked. However, the heavens opened up. This resulted in patrons scattering to seek shelter under cabanas. With no preparations in place for the rain, the event was quickly dampened, as the technical team had to remove equipment off stage to ensure its safety. 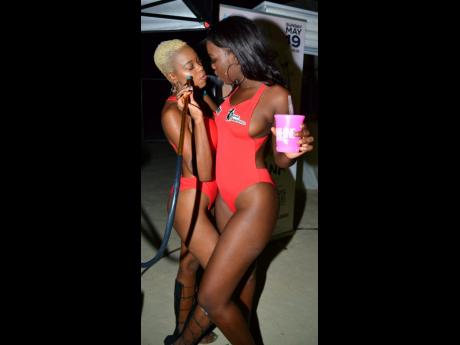 Shenseea, in an effort to at least tease her fans, was then given a mic off stage, where she made her presence known, by singing one line from her Trending Gyal single. Shenseea's teaser served to whet the appetite of patrons, who used the opportunity to sing along, in spite of the rain. However, that was all they got as Shenseea left the venue after the rains eased up. Signalling the end to a night that promised so much.

The Secret Getaway series of events is expected to continue on Sunday with a boat ride party followed by Fashion and Class Mansion at the Rose Hall Great House. The party series will then end of Easter Monday with a Big Bad Cooler Fete.