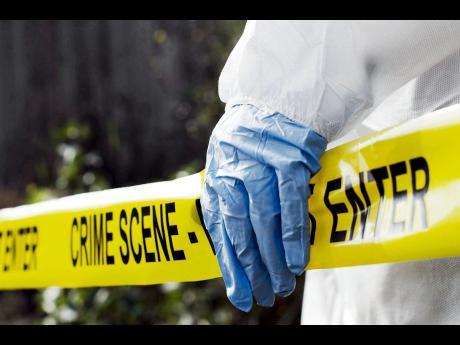 A policeman who is said to have been on suspension was shot and killed by an off-duty cop after he and two other persons reportedly carried out a contract killing at a party in St Catherine on Sunday morning.

The Corporate Communications Unit of the Jamaica Constabulary Force said that a team of senior investigators from the Criminal Investigation Branch headquarters and the Inspectorate of Police have been assigned to investigate the circumstances surrounding the incidents which resulted in the deaths of three men, including the policeman.

The police have been tight-lipped about the incident, but well place national security sources say businessman Sheldon Daley, otherwise called Junior Biggs, was at a social event in Chedwin Park, St. Catherine when he was shot.

An off-duty officer reportedly observed the shooting and pursued a motor car in which the attacker were travelling. A shootout ensued and the policeman, who was on suspension, was shot and killed.

A second was held and a third escaped.

The car reportedly crashed into another vehicle at the intersection of Brunswick Avenue and Jobs Lane in Spanish Town. A man, who was an occupant in the other crashed vehicle, was also killed.

The police held one of the man who reportedly fled the Chedwin Park scene while the other escaped. Three Glock pistols, a .45 pistol and a Browning 9mm pistol were seized.