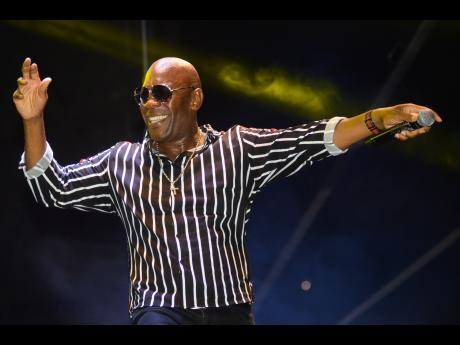 Popular entertainer George Nooks has been found not guilty of cocaine possession charges.

Nooks appeared before the Kingston and St Andrew Parish Court on Tuesday morning, and the trial judge returned a not guilty verdict.

His attorney, Tom Tavares-Finson, told The STAR,  “Based on the extensive discrepancies in this case, I am happy that the judge accepted the defence’s argument.”

An elated George Nooks expressed thanks to the Almighty.

"You just have to wait until him (God) do him ting," he declared.

The singer was arrested in May 2017 after the police said they found about two ounces of cocaine in the bag he was carrying. He was subsequently arrested and charged.

George Nooks is well-known for songs such as Money in My Pocket and his cover of Al Green's I'll Be Standing By (as God Is Standing By) and Ride Out Your Storm.

He was represented by Tavares-Finson and Donahue Martin.