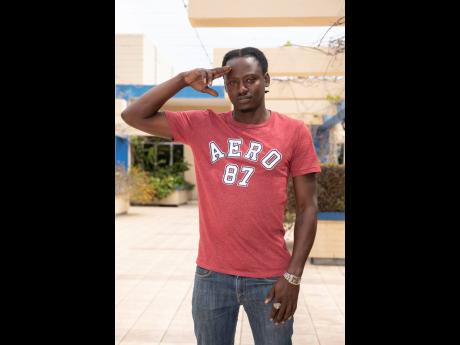 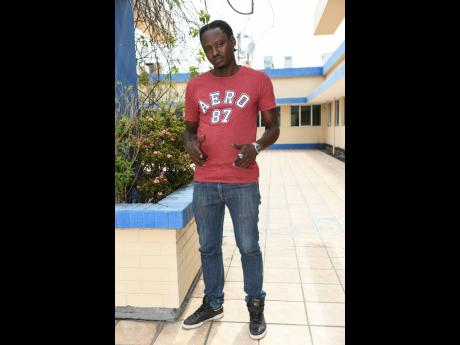 Ghetto Hatic has been chasing his dream, reaching for the satisfaction on the high that comes after a great performance for the past 15 years.

This aspiring recording artiste has witnessed others emerge from the inner city to become successful entertainers, and he is beating the same path for himself. Ghetto Hatic, who describes the Maxfield and Waltham Park areas of Kingston as his playground, is determined to lift himself higher.

In his experience, those he witnessed achieve success great enough to lift themselves out of the ghetto environment, did so through music.

"When you do music, it keeps you out of certain circumstances because you want to go on stage and to tour the world. Music is part of the reason I'm out of trouble. It's one of the only ways to avoid crime," he told THE STAR.

Ghetto Hatic said he is an authentic youth from the ghetto. While he wants to represent where he comes from, he also wants to tell the world where he's going. And it's all in the name.

"I'm from the ghetto, then you put the Hatic on top - attic, like the top part of a house," he said, explaining the moniker. His given name is Trace Patient, and he said he has been pursuing a music career for about 15 years.

Why did he keep at it so long if he has not yet met success?

"The hardest part about music is getting my songs played without paying selectors and deejays ... even to get one song on the radio," he said. He maintains a nine-to-five to keep his bills paid and in an effort to supplement the high cost of achieving his goals. So why does he continue?

"Because of the love of it," he said. "Because of the response I get from the crowd when I perform a good song. It makes you forget about all your problems. It's just a really good feeling."

Ghetto Hatic currently has two songs and accompanying music videos out. One is called Crawl Up, a song with its own dance move. He claims that the second, Wait Until Mi Buss, has enjoyed better reception than the other. For the past two years, Ghetto Hatic has been working with LinXage Entertainment. Two music videos later, the aspiring artiste is well on his way to finally releasing his first EP.

"I'm very versatile. I sing and deejay, and I love doing it."

Inspirations: Bob Marley - even though I don't do his kind of music. Peter Tosh, Vybz Kartel, Bounty Killer, Sean Paul. I was really in tune to Sean Paul before. He was one of my favourites, until when I hear the music start changing.

Interesting Fact: Mi shy. I don't know how I get over it. I think I'm a people person with music. Without music, I like to be by myself.