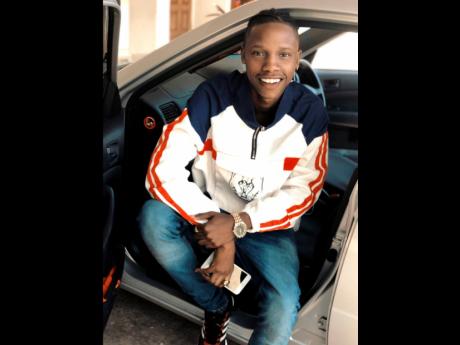 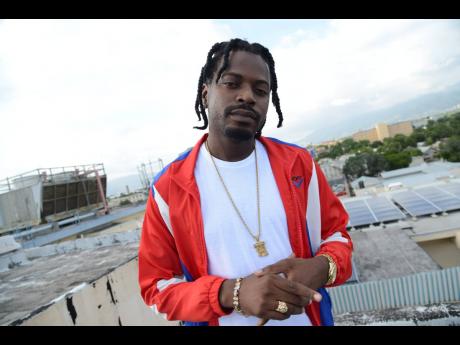 There is an underlying connection between comedy and dancehall, and online comic Valdomore embodies this as the star in Govana's latest video for ' Exclusive'.

In classic sugar daddy style, Valdomore sports an oversized brown jacket, excessive jewellery and sunglasses, as he parades through Half-Way Tree, St Andrew, making passes at everything in a skirt - even a mannequin.

With persistence and really amusing audacity, two 'exclusive' belles give him the time of day, drawing the curtains on Valdomore's three-minute performance which is reaping praises online.

"From that video come out, everybody see me differently cause it's not an everyday thing for a social media comedian to be doing certain things with certain people. Most people actually tell me they watch the video because I'm in it," he told THE WEEKEND STAR.

"Most people see us as just people online giving jokes but it is more than that. Artistes use us to promote music cause weh dem want is what we have, traffic. We know how the music industry set, and comedians mek everybody laugh, so even if you don't like an artiste, we can at least put a smile on your face and our audience has every age group."

The 21-year-old was contacted by the video's director Ruption, who requested a particular character he played in one of his online skits. The task was a pleasure for Valdomore, who says he was in his element, except for one thing.

"Him send me the song and said I should learn it and me seh 'Learn the song?'. I thought I was just gonna appear in the video, me never know me actually a go be the artiste a sing the song throughout the video. I had less than a week to learn it, but it was a fun experience."

Given name Rivaldo Lyle, the personality was born in Manchester and traced his interest in acting to childhood. While attending Vere Technical High School in Clarendon, he focused on his studies and opted to pursue this path after completing school.

"I used to watch other comedians online and say 'You know me can do this'. When I got my first 1,000 views, it was a joy to me, and people started reposting and loving my videos. I started doing stuff people can relate to and that was how I got my break."

His first music appearance was for dancehall act Sashi Cool, and he shared aspirations of expanding his brand, Dat Nuh Sound Good, which will serve as the logo on his upcoming merchandise.

"Social media is a thing where you can have a buzz today and tomorrow you don't, so we try to have content of substance so people will remember who we are and what we do," he said. "I want to get into the corporate world to get some deals and sponsorship, and I also want to branch out into stand-up comedy and even movies some day. It's all a process."