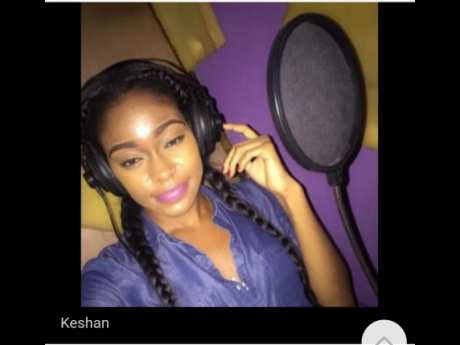 A St Catherine-based entertainer who did a collaboration with incarcerated artiste Vybz Kartel was shot and killed on Saturday morning.

The entertainer, who goes by the name Keshan, is the voice on the songs Bubble Up Your Body, and The Goods, which features Kartel.

According to the police, the female artiste, whose given name is Keneisha Brown, was involved in an argument with licensed firearm holder when she was shot and killed. The incident took place in an area known as Sharper Lane, Old Harbour.

Brown, 24, was allegedly in the process of smashing the man's vehicle when he attempted to stop her. She reportedly attacked him and used a knife to stab him on his left shoulder. He then reportedly brandished his gun and fired a shot which caught her in the head.

Both persons were taken to the Spanish Town Hospital where Brown died.