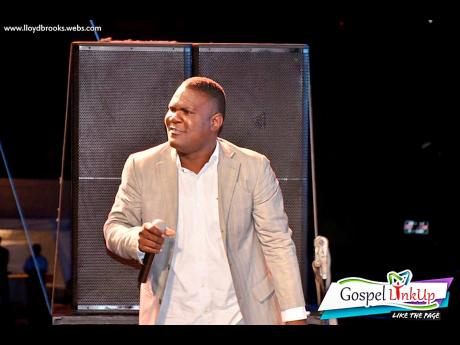 ‘Dead-yard’ artiste David ‘Kukudoo’ McDermott’s grass roots, accidental gospel music career has kept the performer flying from coast to coast for most of the year. According to the singer, he has travelled out of Jamaica at least 20 times already – with more dates lined up in coming months. By his estimation, the most travelled gospel artiste this year could be split between himself and Jabez.

So, how exactly did a former factory worker at Bernard Lodge Sugar Estate become a world-travelling gospel music act? It’s all about marketing.

This year, Kukudoo has performed at multiple venues in New York, New Jersey, Connecticut, Florida, and a number of Caribbean islands, including Barbados and Cayman. On such occasions, the St Catherine native is billed alongside some of gospel music’s most celebrated gospel music performers, like Shirley Caesar, Donnie McLurkin, Adrian Cunningham, and others. “I just come off a two-month tour. My market is overseas, not so much Jamaica,” he told THE WEEKEND STAR. Despite the usual gloom associated with death, Kukudoo has our local death rituals to thank for his international success.

Like many before him, Kukudoo was a church singer. One night, the church band was playing at a nine-night, when the engineer recorded Kukudoo’s performance and put it on a CD. A few change of hands and some copies later, King David (See People Business and Leave It Alone) was playing in taxis all across the island.

“When people have dead-yard, a lot of foreigners come. So we give them a copy of a CD. I didn’t realise that I was marketing myself to them. That’s why I have a bigger audience overseas,” he said. Kukudoo has performed in front of audiences as large as 40,000.

Kukudoo has been a Christian for over 28 years. Before his jet-set life in music, he settled in at the sugar factory with the idea that there was no money to be made from singing. “I just did it for fun. I used to teef out of work and go sing. Then the factory close down, so I would go out to churches. Now, it’s a ministry thing for me. Once they say, come and minister gospel, I have no problem.”