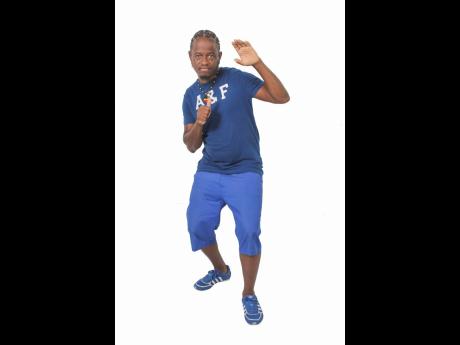 The song is reminiscent of a time in dancehall when the focus was on fun, gimmicks, witty humour and puns to get across the message.

"It's a girls song, but I do it differently. I focus on the play on words and humour and that is what my fans love. Dancehall music was not what it is now. People used to have fun; nowadays a just badness a run dancehall,"he said.

The track was released officially last month under his own FG Productions label.

The single is gaining traction on the local market and finding favour on the international market as well.

"I am expecting that the track will do very well. People are already calling me and telling me how much they love the song and trust me, it is an amazing feeling," he said.

Fancy Goose began his career more than a decade ago but had to shift his focus to the working world in order to survive.

Now that he is back on the scene, he is hoping on getting that much deserved attention and becoming a household name in dancehall.

But more than anything, he plans to deliver fresh, fun content that will make his fans laugh and have a good time.

"The aim is to make it like the greats, but also to bring enjoyment to the people, because at the end of the day, you can't do music for yourself, you have to do it for the fans," he said.

The upcoming video for Figgle Diggle is set for a January release date.