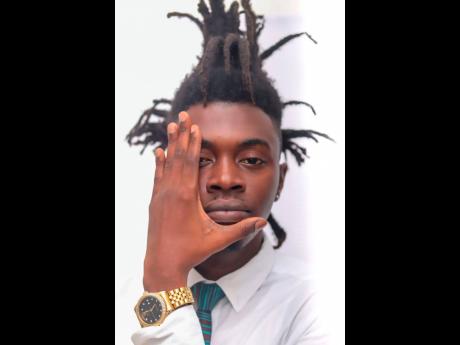 Since 2014, recording artiste Tamo J has been working on honing his craft.

Having collaborated with the likes of Beenie Man, the entertainer has been carefully carving out a space for himself on the local music scene.

He has seen some returns on the time he's invested in his career so far but still believes he's capable of much more.

"I've been working with a number of local producers but I've also been working with producers outside of Jamaica because I'm looking to now expand my brand and push my music further," he said. "I'm trying to streamline into the international market. Based on my sound and image, I think I can make an impact on other markets and so I have a lot of international projects that I'm currently working on. As an artiste, I am always thinking about growing and becoming stronger and better, and breaking new ground in new countries will be my way of doing that."

As he targets the international circuit, Tamo J revealed that he's working on a few afrobeat tracks. He says the genre has been gaining plenty of traction worldwide and he wants to capitalise on the buzz.

"I have an afrobeat song called African Bad Gyal, it's uptempo and very international. It is targeting the African market but afrobeat has a worldwide impact," he said. "It's a song for the ladies to make them feel good about themselves and I really think people will enjoy it."

The entertainer is also pushing the singles Party Inna Israel and Fake Smile.

The latter was released earlier this year but he is looking to amp up promotions with the release of a music video.