Weh Dem Up To: Norris Man flying all over the world 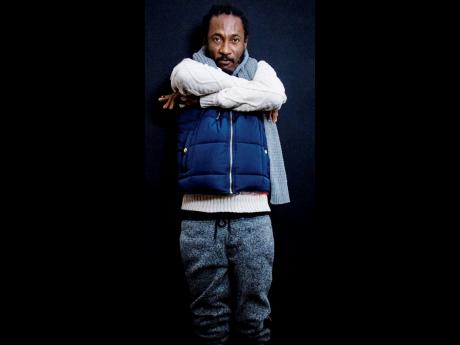 Local reggae music fans may not have been ­hearing much about Norris Man, but the singer has been incredibly busy. Though he has not been making headlines or topping music charts, he has been regularly catching flights to festivals and shows all around the world.

On February 28, Norris will make that digging easier, dropping his latest album called Emerge. Offering up 12 lover’s rock records (out of a total 22 laid), Emerge was recorded in London at Stingray Records. But before the new music hits the streets, Norris Man is ­already covering a lot of ground.

Fresh from a performance in Barbados last weekend, the reggae artiste’s next stop is the UK. After his show in the UK, Norris Man, known for songs such as Persistence, Bad Road and Home And Away, will make his way back to the Caribbean for shows in the Virgin Islands (March 6) and in Montserrat (March 15).

“From there, we are looking ­forward to Japan,” he shared. Norris Man has toured the Asian island nation before, playing 11 shows in 2017.

This year, Norris Man is also looking forward to visiting Africa. Last year, he was in Gambia along with Lutan Fyah and Fantan Mojah. Now, he’s planning to break into new territories.

While some of these bookings are festivals, a majority of them are small-scale. All the same, Norris Man recognises the importance of maintaining international presence as an entertainer.

“If you’re an artiste that’s on the wave or the forefront, you should be out there. Rihanna, Beyoncé, Jay Z are out there. All these ­people. I could go on and on. Ed Sheeran is everywhere, he’s all over. It ­becomes your responsibility. Territories, you have to cover them. Why sit in Jamaica with two #1 songs not doing anything?” he observed.

Among his many stops in 2019 were Martinique, St Lucia, Grenada, Switzerland and Sweden.

“I’m based in Sweden. I have an address there and a daughter there. And I’m in Miami ­sometimes. All year round, we’ve been out there,” the frequent flyer said.