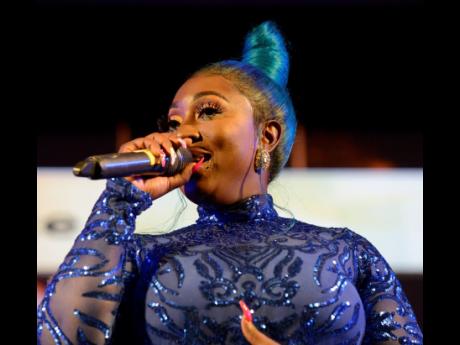 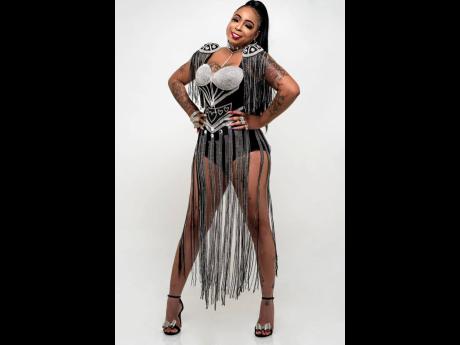 In a move that will no doubt have the entertainment circuit buzzing for quite some time, dancehall queen Spice has accepted the apology given by fellow artiste Lisa Hyper.

Many were unsure if Spice would even acknowledge Lisa Hyper's public apology more so respond to it, but Spice also extended an olive branch to her musical colleague when she posted a public apology of her own, putting to end a decade-long feud between the two.

In a post made to her social media page yesterday evening, Spice posted a story carried by THE STAR yesterday reporting on Lisa Hyper's apology.

She lauded Lisa Hyper for taking the bold first step in mending their relationship.

"@lisahyper, apology accepted and I'd like to apologise to you too, because at the end of the day the disrespect wasn't one-sided. I too retaliated towards you in my diss song in a very derogatory manner. I can tag you now because I just unblocked you after 10 years. WOW (den a so mi keep malice long?) Big up yuh self , a public apology takes humility so I respect your bold move," a part of Spice's caption read. "Besides we were younger and I know you were misled by a demon in human form in which I'm sure if our friendship had continued we would have been a greater force to reckon working together."

Life is too short

Like Hyper did in her post, Spice also acknowledged that with everything happening in 2020, life is too short and too unpredictable to hold grudges.

"But fun and jokes aside, life is way too short and too much happening around us, especially in these times for us to be carrying on (in) disdain. I have no contempt towards you, in fact, I believe you are extremely talented and I wish you great success in this male dominated business. We both share something in common #GAZAFORLIFE."

When THE WEEKEND STAR spoke to Spice in a subsequent interview, she said that now that the two have put the past behind them, positive things are on the horizon.

"Anything is possible now that we have buried the hatchet. We are two great lyricists so imagine if we came together," she said.

Spice pointed out that the moves from both sides to reconcile should be an indication that feuds are overrated, and that the business of music benefits persons much more when there is unity.

"This is definitely good for other females in the business because now is the time for unity. If we all come together, I'm sure the music will be greater," Spice said.

The decision by both ladies to let bygones be bygones, has been met with praises by fellow artistes and fans alike.