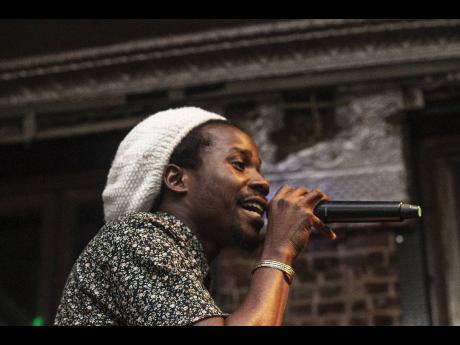 Reggae artiste Fari DiFuture is currently promoting his single, Still I, which was released in May. The video was released on June 12.

"Well, this visual encapsulates my roots from whence I came to where I'm at currently. I visited my alma mater, Excelsior High, where I attended school, and also my community Cooreville Gardens where I was born and raised," he said.

He described himself as "more of a conscious mellifluous singer with a message of inspiration and upliftment".

"I bring a musical style which is real, an authentic voice of the ancestors, which awakens the masses and dancehall music today," he said.

The artiste is currently working with legendary drummer-producer Doni D Marshall and the young, talented Micah Hebert from Sc21 productions. He is also voicing songs for producers Milton 'Boomy' Green and David Downer of Hilltop Records.

Fari DiFuture, given name Kemani Ifari Powell, was inspired to do music by his parents. At Excelsior High, he developed a passion for music and excelled as a member of the football team, winning back-to-back Manning Cup titles in 2003 and 2004.

The artiste is now working on tracks to complete an album, which is scheduled to be released in 2021. He is hoping to work with some of the best producers in the future.

"Well, if the opportunity presents itself, I would like to work with legends such as Sly and Robbie, King Jammys, Scientist, just to name a few," he said.