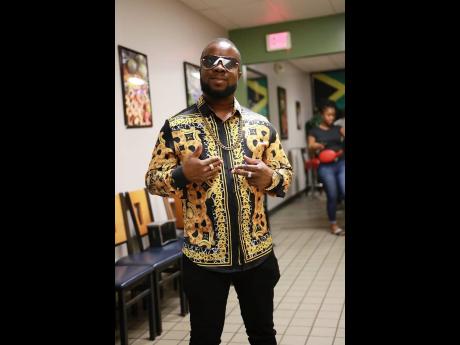 When dancehall artiste JB recorded his first ever song in January, it was the fulfilment of a childhood dream.

"I have always written songs over the years, and I have been producing dancehall songs for some time, but I never really decided to start taking it serious until now, and mi just fall in love with it. Since mi record my first song, I have done about six other songs; mi just ah put in the work in the studio," said JB, given name Jermaine Baker.

Now the promising up-and-coming artiste from Allman Town in Kingston is ready to step up to the next level with the release of the music video for his single, Number One Stunna.

"The video portrays the flossing lifestyle that is part of the culture of both rap and dancehall, this video has been added to rotation on HYPE, RE and FLOW," he said.

The single, released on his own JB Productions imprint, is already available for download on several online platforms.

JB will be releasing a barrage of songs over the next couple of months. One will be the romantic single Hold Me Close. Fans can also look out for Never Go Down.

Other songs such as I Have A Dream showcase his introspective side. That single is a conscious song that speaks to the power of dreams in the minds of poor children and features a sample of the famous speech by Dr Martin Luther King Jr.

Those songs will be released on his debut six-song EP later this year.

"JB Productions is coming to shake up the game in a big way," Baker said.

Aside from Allman Town, JB also grew up in the Clones district in Manchester. He attended Kingston High School before he migrated to the US in 2003. He returns to Jamaica several times a year to record and produce songs.