Jada and Will Smith stronger after ‘entanglement’ 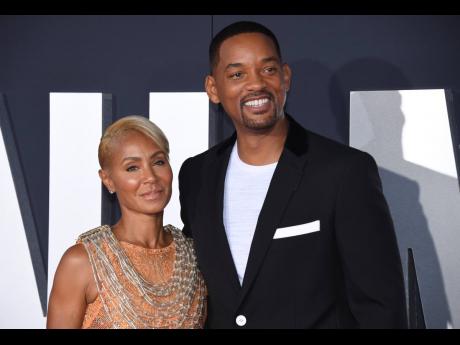 Jada Pinkett Smith and Will Smith felt talking openly about their past split was "the best move for their family". The couple confessed last week to having a brief split in their 23-year marriage, during which time Jada embarked on a romance with August Alsina.

And sources have now claimed that the couple feel coming forward to speak about their past marital woes was the right thing to do, because it "wouldn't even be a story" if the pair weren't in the public eye.

The insider told Us Weekly magazine: "They are a very vulnerable and open pair, and they felt this was the best move for their family. This wouldn't even be a story if they weren't famous -- it's a normal situation -- break up, get back together."

Jada and Will spoke about their split following claims made by August, 27, where he alleged that he got Will's "blessing" to have an affair with Jada.

The Girls Trip actress initially denied August's claims, but last week confessed they did have a brief romance, but it was not an affair, as she was separated from Will at the time.

Speaking to Jada during an episode of Red Table Talk, Will recalled: "I was done with you. We decided that we were going to separate for a period of time and you go figure out how to make yourself happy and I'll try to figure out [how to make] myself happy. I really felt like we could be over."

And Jada added: "We were over."

The 48-year-old actress admitted she "got into a different kind of entanglement" with August, but maintained that Will, 51, never gave the rapper his 'blessing' for the romance to take place.

Jada said: "It was a relationship. I was in a lot of pain, I was very broken. In the process of that relationship, I definitely realised that you can't find happiness outside of yourself. Luckily enough, you and I were also going through a process in a much different matter. I would definitely say we did everything that we could to get away from each other, only to realise that that wasn't possible.

"I just wanted to feel good. It had been so long since I felt good. It was really a joy to help heal somebody."

When Will and Jada began communicating again, Jada claims August ended their relationship.