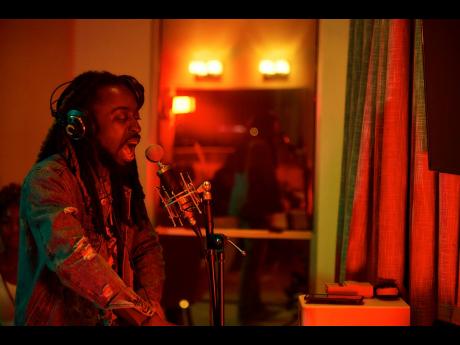 Many fans may be surprised to know that dancer/choreographer, Blacka Di Danca, has been trying his hand at music for the past two years.

He is looking to transition even further, as he soaks up the success of his most recent track, Buss Down, a collaboration with Clayton Williams and Kross Fayah.

Blacka Di Danca said that as a creative, he never liked the idea of being boxed in, and said he has always had a knack for music.

"Growing up Caribbean, you always have a connection with music. I remember singing in the mirror or getting up in front of family members at gatherings to sing and dance. I knew this was always what I wanted to do. This is probably my seventh release. If you go to Spotify or iTunes and type in my name, you will see all the songs I have done coming up," he said. "But Buss Down, which I just released on September 4, is hands down my biggest song to date. It has been doing so many great things because in addition to a viral challenge on social media, ESPN bought the song and it has been played in the NBA (National Basketball Association) playoffs and the NBA finals about seven times. That's a big deal."

Make his own mark

Listing dancers-turned-artistes Ding Dong and Chi Ching Ching as two of his inspirations, Blacka Di Danca says he wants to make his own mark in music and will not be limited by people's ideas.

"The inspiration behind Buss Down is to show that as creatives, we can do way more than what is produced from the boxes we come out of," he said. "I am an artiste; I am Caribbean; I am creative. Life should be limitless, and if dance is what you do, it's not necessarily who you are. If music is what you do, it's not necessarily who you are. People like to generalise us and say things like 'him a dancer so why him a sing?' I'm not a dancer. I'm a singer. I'm an actor. I'm a creative, and that's what really and truly excites me the most about Buss Down. It's not about what the song is doing for my transition from dancer to music, but it's really the stigmas that it's breaking for dancers who wanna become artistes."

He revealed that next year, he will be releasing his debut EP, which he says will be "pro-Caribbean, pro-black and pro-culture".

"I am thinking about dropping it in February 2021. I just want people to get to know me better through it, to understand where my soul comes from ... and understand why everything I do as a creative is for a deeper intention," he said. "My EP is something I am truly excited about because it's my story. It's not just me putting out 10 songs; it's me putting out 10 songs that are all equally important to me. I am in love with it, and I am excited to give it out to the world."