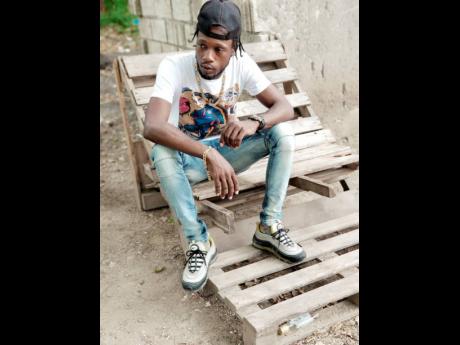 Spanish Town-based record label Strapland Records has been basking in much success following its latest release, the Put Eh Dung rhythm, a joint project with 365 Records.

The rhythm boasts tracks such as Cologne by G Maffiah, Danga by Reson8, and the title track, Put Eh Dung by Stylo G and Stamma Kid.

Working on the Beat

Clayton Redden of Strapland Records said he and fellow producer Oshi started working on the beat from in the summer when Jamaica's borders were locked down.

"And by the time the place opened back and Stylo G got to England history was made. He and Stamma Kid jumped on the beat and immediately we knew it was a hit," he said. "I have to big up Stylo G because he didn't forget where he came from, we both come from Spanish Town and his support is greatly appreciated. His song put us on the map and it's upward movement from this. G Maffiah was also a major influence for this project, he looks out for my label as his own and I have to say much respect."

Based on the impact Put Eh Dung has been receiving, the team decided it would be a good idea to release visuals for the track, which has racked up thousands of streams with a slew of TikTok viral videos to follow.

"When I see it on everyone's timeline on TikTok and Instagram I was blown away. Everyone is enjoying this one and it's just the beginning of more great things to come. The release of this song was perfect timing because everyone is on lockdown and when you come across a song like this all you can do is just keep it on repeat," said Redden.

Strapland Records and 365 Records are putting together a second volume of the Put Eh Dung rhythm compilation.