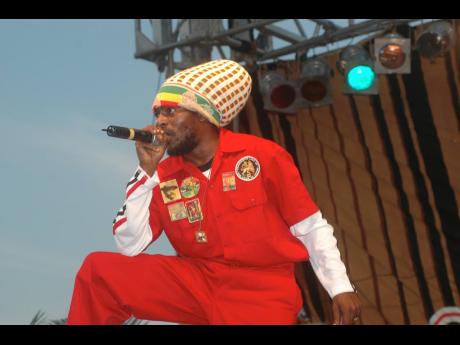 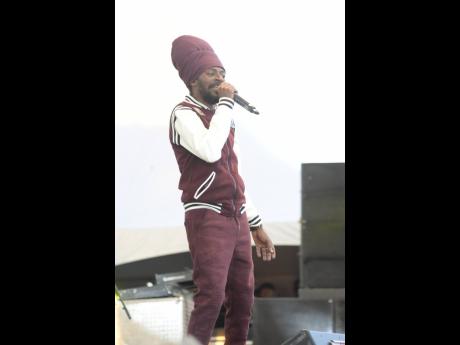 In 2004, a song titled 'Handcart Boy' by an artiste simply known then as Perfect, connected in a huge way with a generation who ensured that it soared to the top of charts in the Caribbean, North America and Europe.

A record deal soon followed and by 2006, his debut album Giddimani was released by DHF Records. The next decade would bring a non-stop stream of music from Perfect Giddimani.

The artiste, who is now based in the US, says although he may no longer be a handcart boy, he's still bringing the "love and joy" he sang about in his hit single. Perfect Giddimani told THE WEEKEND STAR that his musical output has remained consistent, with him also making long strides in production.

"The truth is that if you are not following an artiste's career, nine out of 10 times you think he's not working," he said, in response to questions about movements in his career. In fact, in 2020, one of the songs he released was a gem, titled Social Spliffstancing.

The artiste and producer shared that he has so far released 14 albums, with his 2018 release Live My Life Again, debuting at number one on the Billboard Reggae Albums chart.

"I really wanted that album to sell a lot of units and I promoted it as my last album. The strategy worked," he said of the album produced by House of Rhythms out of Austria.

Actually, Perfect Giddimani has secured an expanding niche in Europe. "It's been a while since I've lived in Jamaica. I was introduced to Europe early in my career. I followed the journey and have done a lot of work with European producers," he explained. Perfect Giddimani heaped praise on Anthony B, who offered him guidance when he was young in the business.

"Thanks to Anthony B for introducing me to Europe. He and I were friends from long time and him call me out of the blue one day and said, 'If you want to be a career artiste, you have to take on Europe. If you want to be a hot song artiste, you can stay in Jamaica.' He invited me to open for him on a tour of Europe and I went. From then things picked up and in a few years, I was getting my own billing on the major festivals," he said.

As a producer, he has also scored hits and has had licensing deals, but the major one was with the producers of the James Bond movie, No Time to Die. He inked a deal in 2020 for Rastafari Way, a song on his 2016 compilation, to be used in the flick.

"It is one of the songs on my Horns of Africa various artiste project, by a Jamaican artiste named Teacha Dee, who lives in Germany," he said proudly, adding that the deal was "very lucrative".