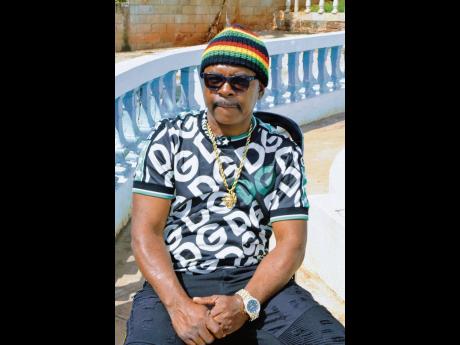 Veteran recording artiste Peppa Ceed, a Jamaican who is based in the USA, said he foresaw all what's currently happening in the world in a 'dream', so COVID-19 placing countries under lockdown isn't a surprise to him.

"I told my friends and family members about my dream, that we have so many cars on the road, and one day we gonna have a great 'jam up' of vehicles, and no one will be able to move, and the car manufacturers will be forced to stop making cars," said Peppa Ceed. "And so said, so done. The COVID-19 pandemic forced many car manufacturers around the globe to temporarily shut down their operations. Car manufacturers Ford and GM turned their pick-up truck production line into making ventilators for hospitals in the USA as millions of people globally succumbed to this respiratory disease."

He continued "When I told most people these things many laughed at me, and said 'nuttin nuh go suh'. But look at what is happening now?"

Peppa Ceed, who is based in Brooklyn, New York, is in Jamaica promoting his song Better Days. The song, which is produced by Strapland Records/Hot Peppa Music, came about just before the start of the pandemic. However, the lyrics fit the current situation. The song was released last November.

"It's a reality tune, and it's good, clean music, like I have always promoted. I'm from the 'old school' and was inspired by the likes of the late Tenor Saw, who is my mentor, and Super Cat," he said. "I am here in Jamaica putting in the work. My next project should be out later this year ... this music shows a different side to Peppa Ceed."