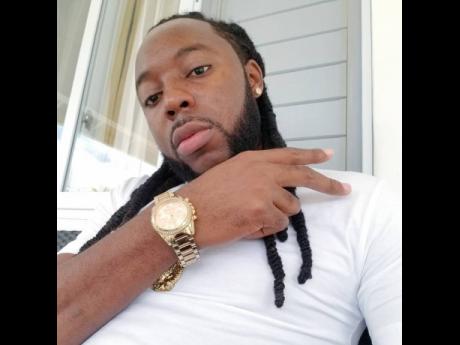 He recently released his debut single Tek Go Off, which is recorded on the 1Matik rhythm which features dancehall heavy hitters such as 10Tik, Kyodi, I Waata, Skeng and Govana.

"I've always wanted to be an artiste. In the streets, people always tell me that they love my image and my personality and style. I know me ah artiste from day one because hooks for songs always used to come to me in my head. So I figured I might as well do the right thing and become one. I know how to dress and act like an artiste. I know how to promote songs. So mi ah go do it full time now," Ricco Ras said.

He recorded the single at Core Upgrade studio in Stony Hill, St Andrew. Given the advanced buzz, he has fast-tracked plans to do a video for the project later this month.

'The feedback has been huge. Other producers have started to reach out to me with new beats now, so full speed ahead," he said.

The artiste, whose given name is Rick Foster, grew up in the community of Duppy Gully in Stony Hill and then later moved to the district of Rocky Valley in the same district. He attended St Andrew Technical High School where he excelled at metalwork.

After leaving high school, he got involved in the music business, doing street promotions for artistes such as Vershon, and then acted as a road manager for several other artistes.