My Confession: I had sex on a grave 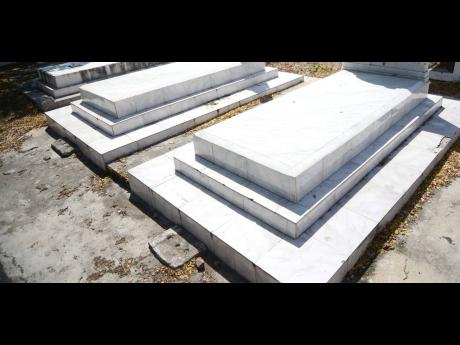 STAR, I still get chills every time I remember this encounter. I met a man a few months ago, and we hit it off really well.

We went on several dates, and one of the things that I liked about him was that we had the same sexual desires.

We like to have sex any and everywhere, and we always find new places to ‘get it on’.

I was not prepared for what was to come next, though. We spoke about our weirdest fantasies, and although I told him what mine was, he always said he was going to surprise me with his.

A few nights later he blindfolded me and began driving. The journey was a bit long, but I didnt let it bother me.

We finally arrived, and he lead me to a spot and told me to wait a bit as he lit a candle and spread out the blanket.

STAR, when the man lay me down and when mi open mi eye, a bare grave me a look pon.

As a matter of fact, is a grave him put mi to lay down on. Mi head start swell same time and mi sure it wasn’t my mind.

Mi fly up same time but the man insist seh we need, to have sex because he had fulfilled my fantasy before so now it was my turn.

I reluctantly let him have his way but there was nothing enjoyable about it.

For the entire time, I could feel the dead audience watching me, but he was having a blast.

I am not sure why he was so excited throughout the ordeal. On our way back home, I asked him where and why he had taken me to a graveyard, and he told me it was a family plot.

Let’s just say I blocked and deleted him as soon as I got home!