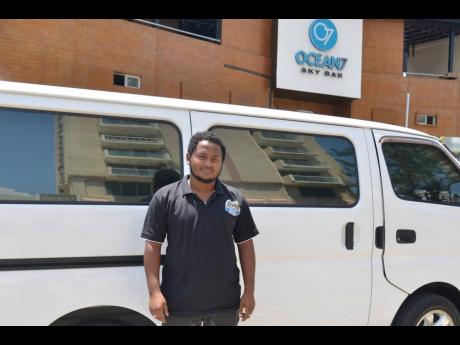 Rathan encourages young people to start their own businesses. 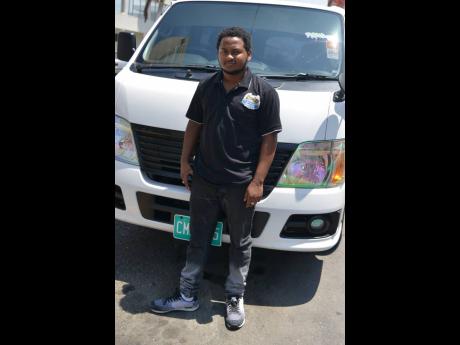 For four years, Michael Rathan used his skills as a driver to transport passengers in his chartered taxi, alongside his father.

Now he still utilises those same driving skills as owner of his own business, Nonstop Courier Service. He said that he enjoys the perks of being his own boss and nothing can compare.

“It (the business) has been officially registered for one year now. I pick up goods and deliver them islandwide for several big and small companies. I have been providing this service for approximately four years,” he said.

He drove taxis to help with his school finances. He told THE STAR that with his courier business, he’s making much more money than he was before.

“Some weeks you can basically say I make like double or triple what I usually make for taxi work, once it’s a good week. When I used to do the taxi work, I only could afford to throw one partner. Now, I can afford four hands in a partner. I can pay light bill and financing two cars, paying two insurance, and have extra money left for pocket money, enjoyment, my pleasure. I’m also building a house right now. I can see where I can live better since I’ve left the taxi work. I’m more comfortable,” he said.

The 27-year-old says youngsters should have the drive to run their own businesses.

“I strongly suggest that young yutes start their own businesses. It’s a great opportunity and it’s a good experience for someone to provide service for customers out there and making your own money as you grow as a young yute,” he said. “In this business, the struggle I mostly face on a daily basis is not having enough time, especially because some businesses close at certain times, and I have a lot of places to pick up for a day. That’s really a struggle, but I usually get everything done.”

For him, there’s no slowing down or stopping in Rathan’s eyes.

“I’ve never thought about quitting, never! I love what I do. Just seeing customers with a smile on their faces just shows that they’re being satisfied. I don’t know, but it’s just overwhelming for me,” he said. “It’s different because I don’t have to compete with other taxi operators, fighting to get a one passenger and having the sun drain me out for the day. I work every day. Sometimes, in this business, the work takes you straight into the graveyard shift. Some cases I would say I work 24/7.”

As the sole driver, he uses various strategies to keep the business afloat.

“I usually get the word out about my business through satisfied customers, family and friends. It’s better,” he said. “I’m still my own boss. I get time to rest and I work at my own convenient time. I benefit from making my own schedule, meeting new business owners and entrepreneurs, knowing new places and learning new things.”