My Confession: I lied to my girl that I was in an accident 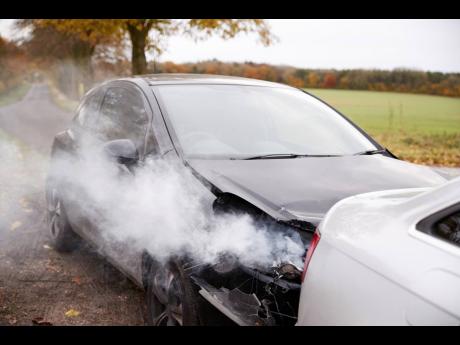 STAR, I lied to my girl that I had met in an accident and it backfired on me. I was cheating hard, but I really loved her and couldn’t stand the thought of losing her.

One night, we were in an argument after she earlier found out that I was still seeing my ex. Things got so heated that I drove out.

My conscience was killing me and I knew I had to get back on her good side, so I went on the Internet and got a picture of a crashed vehicle that was similar to mine and sent it to her.

She got so frantic when she believed that I was in a car crash, and she was crying. I felt good, because I got her exactly where I wanted her.

But STAR, she was about to turn things on me. Mi was so glad when mi see say she feel sorry for me, especially when I told her that the car was destroyed and I was lucky to make it out with just cuts and scrapes.

STAR, the girl wicked yuh see. She call mi back and say mi fi carry her go work about two days later, and mi go with mi fool-fool self.

A dem time deh she get mad when she see say mi drive back the same car come. Mi just start get mad too, and ask her what she know about mechanical work because mi carry the car to a body man and him fix it and spray it same time.

Let’s just say me end up have to carry it to the body man the next day for real, because she got so angry that she throw a block in the windscreen and use a cutlass chop up the door dem.