My Confession: I had sex the night I got baptised 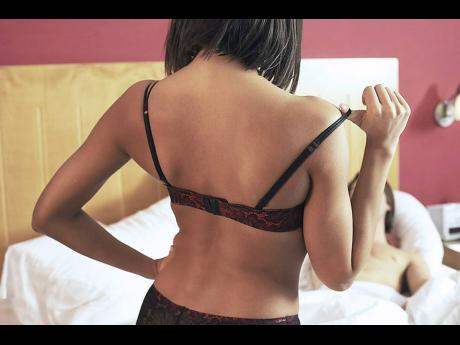 STAR, I had sex the same night I got baptised, and up to now, I can’t stop living a life of fornication.

Mi not even did wah go under the water, but we were at a convention in our community and the pastor was preaching and doing altar call. He was also lashing out at obeah workers and was saying that persons were “holding down” a lot of their neighbours.

My friend, who was standing beside me, drop a grung and start behave a way, and all a who deh round mi start kick up rumpus and a talk inna all type a tongues. Mi never wah look like a mi the seven devil stand up inna, so mi start shout too. And next ting mi know, a the pastor that a tell mi say mi need to give my life to God because him see death a swing over mi head.

Mi get fraid and instantly say yes when him offer to baptise mi on the spot. Bwoy, STAR, mi never feel no better, and as mi reach home, mi man demand sex and mi give him. The next night, mi go church inna long skirt and wrap mi head, and in a few weeks, mi all a encourage people to get baptise.

Pastor all give me a certificate and a say him like how mi keep up the ting and nuh backslide like a whole lot a people. Mi tell him lie say mi leave mi boyfriend, but in reality, mi still a sneak go over him yard a late night and bun a spliff every now and again.