Call to the Bar: Arlene’s HQ Bar the centre of Cotton Piece 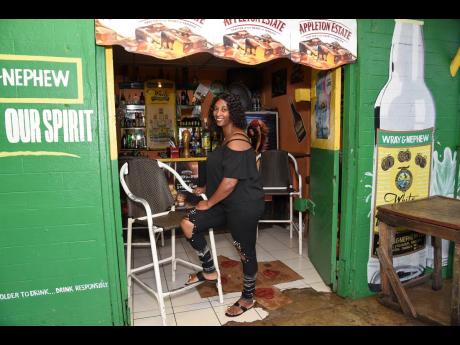 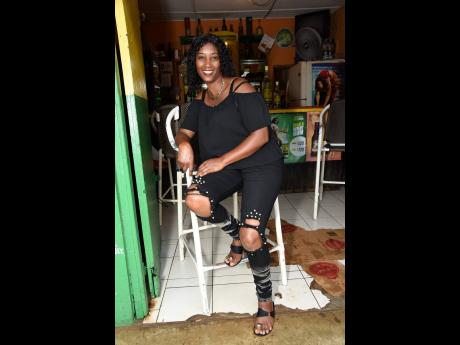 Neil said that customers can’t wait for her to open in the mornings. 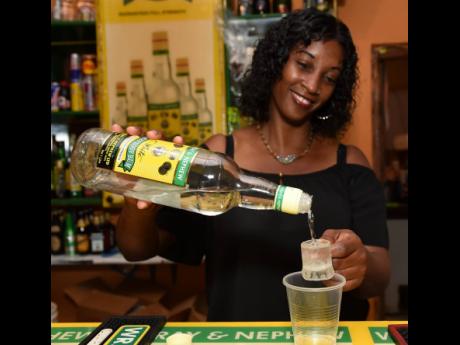 Neil pours a shot of rum to help warm up a rainy afternoon.
1
2
3

It seems like Arlene Neil was destined to enter the bar world.

Growing up in Guys Hill, St Catherine, she was part of a police youth club, and occasionally, the group would host events.

“Most of the time I used to run the bar,” she recalled. “Plus, my mom used to run a bar in Guys Hill too.”

It wasn’t long before the entrepreneur in her came to the fore and she soon started her own bar.

“I had a bar in (nearby community) Jericho and some of the people there were really nice. When you have nice bartenders, it makes you feel good. Sometimes you make some good money,” she said.

But 17 years ago, Neil decided to try a new spot. She came upon a building in Cotton Piece, just outside Ewarton.

It was a calculated risk that is paying off nicely for Neil, as Arlene’s HQ Bar is one of the staple drink spots along the stretch leading to the popular bauxite town.

She used to travel from Jericho to the bar but eventually settled in Cotton Piece herself.

The bar business, like any other enterprise, can have its ups and downs, but Neil says she keeps her spot going because of the nice people and very loyal customers.

“When my bar close, Cotton Piece lock,” she laughed. “I have a set of customers that no matter how soon I open, they are waiting. Sometimes you hear dem ringing off mi phone, wondering if I’m close by.”

Arlene’s HQ Bar was actually part of a trio of businesses that Neil ran on the same property, the other two being a shop and a restaurant.

But over time, she has focused on the bar. Not that the bar patrons mind one bit. Patrons especially love Fridays, as in addition to the libations, Neil shows off her cooking skills.

“We have dishes like fried chicken, stew peas, steam fish, and we always have sprat,” she said.

Wray & Nephew branded bars populate the area, and Neil said that to her knowledge, she was one of the first.

So she’s well known, but that’s not the only reason customers from as far as St Thomas keep coming back; they like the friendly atmosphere at Arlene’s HQ.

“Good service, friendly people and we nuh treat them bad,” she smiled. “They come with their problems, we give a listening ear and we even advise them.”