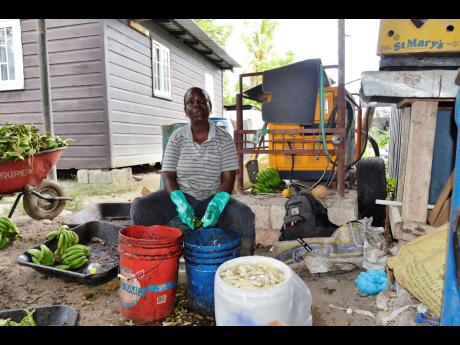 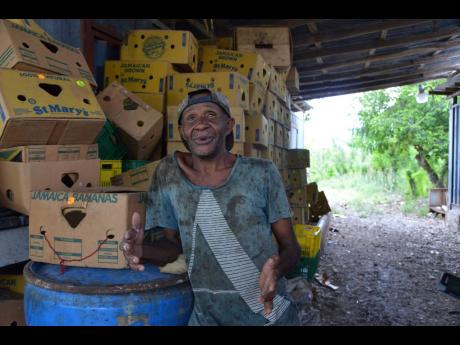 Kenyon Hemans/Photographer Kenroy Sterling speaks about his paranormal experience with a rolling calf.
1
2

Many persons have heard of the rolling calf, but only a few have testified about seeing this creature, which is rooted in Jamaican folklore. A rolling calf, according to legend, is considered to be the spirit of a man, usually a butcher, who was wicked and dishonest during his lifetime.

This huge creature, legend claims, has blazing-red eyes that gash fire. It drags a chain behind it and chases people in a bid to hurt them.

"Wi inna the bush bout 12 to 1 o'clock in the day, and we hear the cow a mek noise a come dung the road, and we seh wi a run come up the road because wi wah fi see it. When we reach, we see the chain a spit bare fire down the road, but all now, wi nuh see the cow," Sterling said. "Because mi never see it, mi did affi run go up a the roadside. Mi never believe dem thing deh, but when mi see the chain, mi believe it fi tru," he continued.

Norma Williams, another St Mary resident, said that her mother told her that she once saw a rolling calf.

"She seh she go pan a ends and a come back bout 11 o'clock in the night. While she a come up, she see supm, and she stop. When she stop, the supm stop, and when she walk off, the supm walk off. There was a turn-off that she was supposed to turn to come home, but the rolling calf reach the turn before she and turn pan the road," Williams related.

"It was a rolling calf with him long chain behind him. She nuh bada go pan the turn, she go through the cow pasture and tek bush round the road to reach home," Williams said.

It is often said that rolling calves tend to come out at night and when the moon is full. For Denise Hunt and Peaches, this was when they saw the spirit roaming the streets of their community in Castleton, St Mary.

"Mi and mi bredda dem deh out inna the moonshine. When mi look now, mi see wah white supm a come down. Mi bredda see the supm and tek up stone and a seh a dog and a run it dung. But mi seh to him seh, ' memba weh wi ole man seh, when him gone we a guh see ghost'. So when we look good, nuh rolling calf just stand up a look up inna the moon. Him have wah chain round him neck a shake up, and when the moon go ova him, him run off go dung the road, and we run come in the house and look through the window pan it wid the chain round him neck," Hunt said.

Peaches added: "I was inside mi house, and mi look out pan the verandah. mi see the white supm a come dung the road, so mi think a dog. So mi a shout out fi run the dog, and mi see it nah move. It just a look up pan the moon, so mi get mi fraid and go inna mi house a look out. When the moon pass ova it, mi see it move off, and a so mi realise seh a rolling calf, and it just a walk go dung the road wid the chain a go 'ching, ching, ching'," she said.