My Confession: I did a ‘number two’ in my ex’s panty drawer 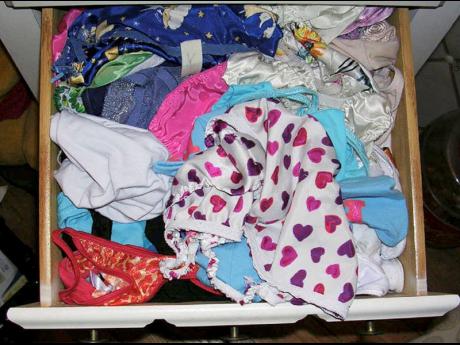 STAR, a few years ago, I found out my boyfriend was cheating with a girl who he told me made his stomach turn.

He continued to deny the relationship, until I trailed his car in a taxi and saw when he entered the house.

I hid on her housetop that night for about four hours and waited until he was coming out, jumped down to confront them.

The girl frighten until her knees get weak and she drop on the ground, and him stand up a stare pon mi like him see a ghost.

Right then and there mi tell him say him must make a choice and mi nah tell nuh lie, mi confident say a mi him would a choose.

But mi shame like dog when him tell mi say mi too possessive and a she him want, and tell mi to come out a him woman yard.

STAR, would you believe say within a couple of months the man married the woman? It break mi heart because mi did still love him, but mi did bitter bad.

It never take long for him to text mi and tell mi say him miss mi and want us to have sex and, of course, I went and lay dung inna his new wife divan and ‘shake it down’.

When him drop a sleep, mi take time creep out a the bed and dash bare bleach on the mattress, then mi go in her panty draw and take out the drawer and leggo one big load in it and push it back in.

Afterward, mi take some picture of myself a spit inna dem flour and leave. Mi send the pictures to both a dem phone. Let’s just say they are separated now, so I had the last laugh.