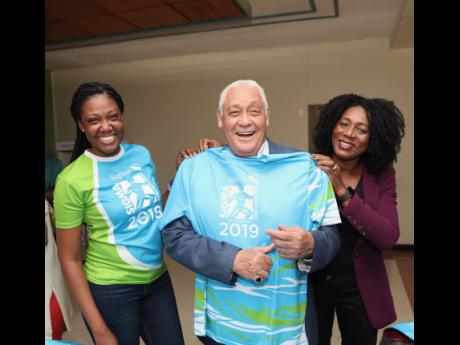 This year, the charity run, which is in its 21st year, is aiming to raise $52 million for three beneficiaries: The Lupus Foundation of Jamaica, the May Pen Hospital Neonatal Unit and the Diabetes Association of Jamaica.

Ruddock, who served as the start line emcee at the Sigma Run for the past five years, lost her battle with lupus disease in 2018. 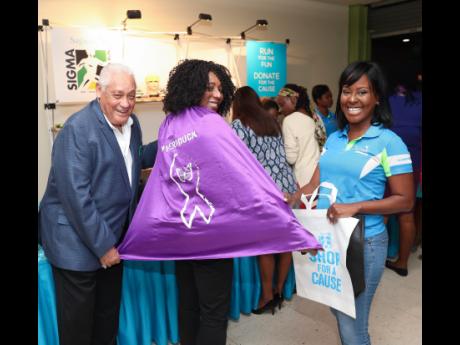 The “Hero Duck” cape is a hit with Dawn Henry (centre) as she and her husband, Mike Henry, Member of Parliament for Central Clarendon, stopped by the Sagicor Sigma Run Secretariat office in New Kingston on Friday to show their support for the charity run. The cape is in honour of Elva Ruddock, who passed away from Lupus disease last year; she was the start line emcee at Sigma Run for the past five years.