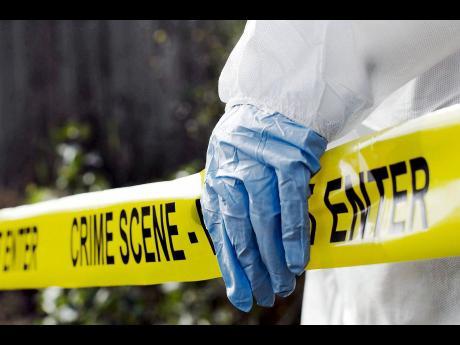 The partially nude body of a female farmer from Clark's Town, Trelawny, was found in a shallow grave in the parish on Thursday night.  It has been identified as that of 59-year-old Valrie Thompson, otherwise called 'Miss T'.

According to the police, Miss T left her home at 8:15 a.m. on Valentine's Day for her farm in Panarsus, a district about three miles away.

The cops said that Miss T would normally return home by 2 p.m., but after she failed to do so, her family members became worried. They reportedly made several calls to her cellphone but failed to make contact with her.

The police said family members went in search of her, and it was then that the gruesome discovery was made.

"Her body, partially nude, was discovered, face down, in a shallow grave. Her head was partially severed and three fingers on her left hand missing," Deputy Superintendent of Police Jermaine Latibeaudiere. told The STAR.

The senior cop said that the police are now in search of a person of interest who they believe can assist with their investigations.