Payless has no plans to close Jamaican stores 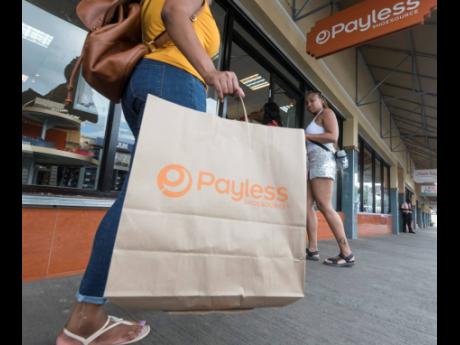 A Payless customer in the Springs Plaza located on Constant Spring Road in Kingston on Saturday, February 15.

Payless says it is not closing down its operations in Jamaica. The popular shoe store, which has locations in Canada, the US and Puerto Rico, announced bankruptcy last week. The discount shoe retailer also said it plans to close its 2,500 stores in North America by the end of May.

However, as it relates to its Jamaican stores, Payless said it has no intention to close down.

"While Payless' North American stores have faced difficulty, due to a challenging retail environment, our thriving businesses in Latin America and the Caribbean have considerable profitable growth potential and remain an integral part of our long-term strategy," said Mario Zarazua, Chief financial officer for Payless.

"We are proud of our accomplishments in Latin America and the Caribbean, including our leading market share and strong store footprint," he added.

Payless has 420 stores across 20 countries in Central and South America and the Caribbean. The company opened 19 stores in eight countries in 2018 and plans to open new stores this year in countries where it already has a presence.