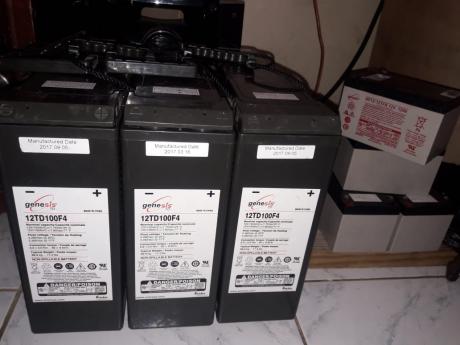 Some 40 cell-site batteries, which are said to be the property of FLOW,  were recovered during a Police operation in Norwood, St. James on Wednesday.

The police said the batteries were stolen from FLOW’s mobile sites and multi-service access nodes (MSANs) in the parishes of St. Ann and Trelawny. These items provide the necessary electronics and circuitry to facilitate Internet, cable and fixed voice services. The batteries have an estimated street value of $2.5 million.

The driver of a motorcar, that was utilizing four of the batteries to power a massive sound system that was installed in the car, was taken into custody in connection with the seizure.

"We have been on the trail of these robbers for some time now," one investigator said.