'I had an abortion'... Cuthbert-Flynn said she terminated pregnancy at 19 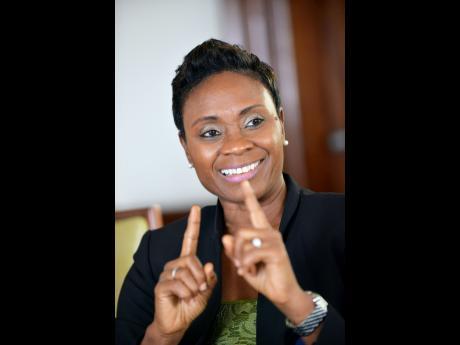 Olympian Juliet Cuthbert-Flynn on Wednesday revealed that she had an abortion at age 19. Cuthbert-Flynn, 55, who subsequently gave birth to two children, said she decided to terminate the pregnancy in order to save her life.

The member of parliament for West Rural St Andrew revealed that she had a brain tumour that was pressing on her optic nerve, causing her severe headaches.

“I would have gone blind. I was 19, and I had to have surgery,” the first-time lawmaker said during a sitting of Parliament’s Human Resources and Social Development Committee. The committee is hearing submissions from the public on a motion moved by Cuthbert-Flynn seeking to legalise abortion.

"I chose my life over something that I was not certain about; I did not plan on it and because I was told that I could not have gotten pregnant. I went on to have two more children. It doesn't mean as you state that you chose life because you are for life. I think people who have abortions, it's not that they're not for life why they choose to have an abortion, it is possibly their circumstance why they chose to have an abortion, and that person was me at age 19," she explained.

Cuthbert-Flynn’s revelation came after anti-abortion advocate Carole Bridge also shared deeply personal details of how, amid an “inconvenient pregnancy” and medical treatment for a brain tumour, she ignored a suggestion by her physician to have an abortion.

“The immediate reaction of the highly qualified professor at the University Hospital of the West Indies was to insist that the only course of action was for me to have an abortion and as quickly as possible,” Bridge said.

“His reasons were the drug would result in foetal abnormality and the strong possibility that the tumour could cause blindness because of its proximity to my optic nerve. Subsequent discussions with the doctor proved to be even more dire, regarding the medical outcome of keeping my child. Yet, nine months later, I delivered a perfectly healthy baby girl,” she revealed.

However, Cuthbert-Flynn had a different experience.

“This was a life-saving effort for me because my headaches were so severe. I could not function. I was passing out every week – fainting, dropping down on the track, ending up in the hospital on a drip – not knowing what was wrong with me,” she recounted.

“I was not going to take that chance. I wanted to live, me,” Cuthbert-Flynn said.