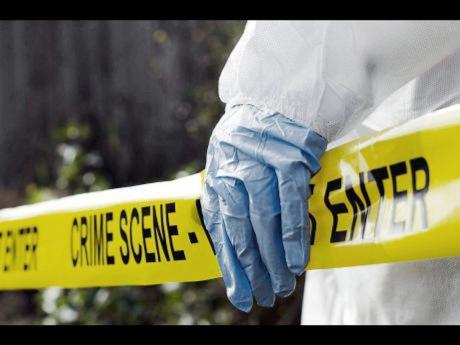 A man took his own life after reportedly launching a wicked attack on his common-law wife, who he thought had died.

According the police, the dead man, known only as 'Suddy', had an altercation with his woman-law wife, when he used a stone to inflict wounds to her head.

The police were summoned and on arrival the woman was seen laying in a pool of blood. She was rushed to hospital where she has been admitted in serious condition. Further checks of the house was conducted and Suddy's body was found hanging by a piece of rope from a tree in the yard.