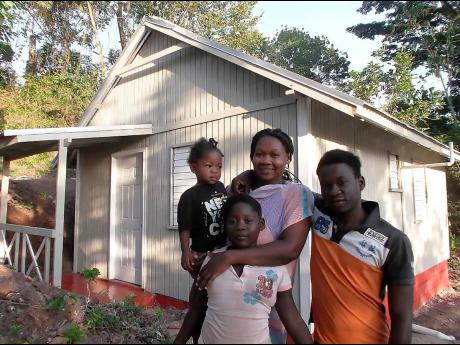 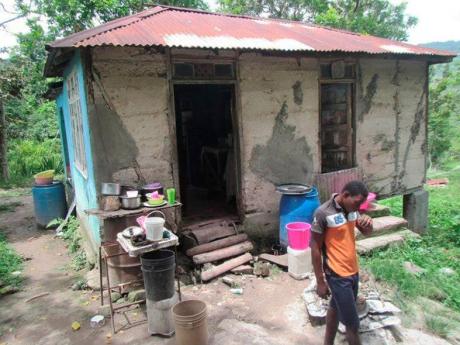 An outside view of Cassandra Francis’ previous home in Clarendon.
1
2

“I can sleep comfortably now, and I don’t have to worry about the rain falling,” said Cassandra Francis, who moved into her new two-bedroom home donated by Food For The Poor Jamaica through its generous donors.

“I love everything about it,” she said.

It has not been easy for the Clarendon mother and her three children. Life in the old, dilapidated house was especially challenging for the family.

“We used to live in an old-time cob house. The walls started falling apart, and the roof leaked – a lot,” she said.

In an effort to keep everything dry when it rained, Francis said that she had to employ various tactics to protect their mattresses. She also said she was concerned about her family’s security and privacy in their ramshackle house, and that they had no proper bathroom or kitchen.

Now, their lives have changed for the better. Her 18-year-old son is seeking employment, and her eight-year-old daughter attends primary school in Frankfield. Francis also has a younger daughter, not yet three years old.

“The kids are so happy now, and I especially enjoy the bathroom,” she said.

Francis feels she can plan for the future in her new home. While she currently does some subsistence farming, such as growing callaloo, tomatoes and other crops, she is looking at other ways to boost her family’s income.

But one important part of her dream already has come true.

“It has always been my dream to have my own home,” said Francis. “Words can’t explain how I feel. I’m feeling so thankful and grateful to Food For The Poor.”

Since inception, Food For The Poor has built more than 35,000 homes in Jamaica.