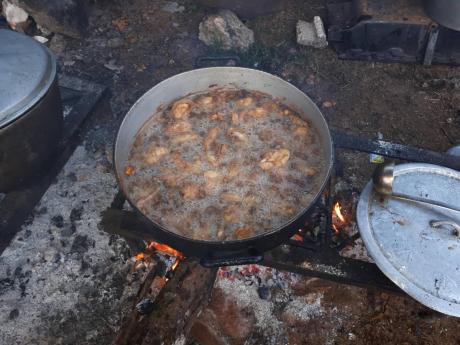 Chicken being fried for the grave digging. 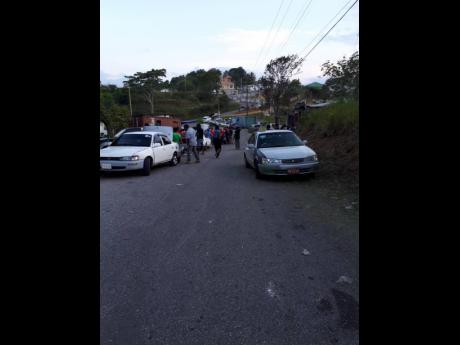 Vehicles lined the main road as persons turned out for the community event. 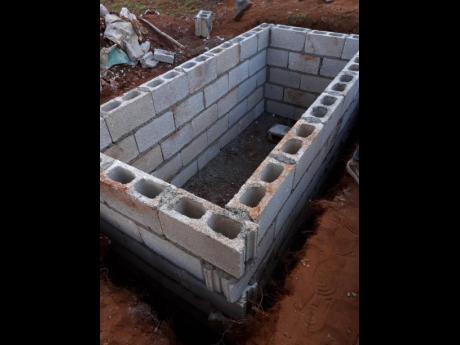 Workmen prepare the grave for the upcoming funeral.
1
2
3

The rituals accompanying the death of a loved one in Jamaica are a grave digging, a nine night, and a funeral service followed by a repast.

These remain the same, but the grave-digging activity has taken on stratospheric proportions, so much so that it rivals the rest of the activities in the amount spent and the size of the crowds that gather.

Depending on the importance of the deceased to loved ones, hundreds of thousands of dollars are spent (and made) on a grave digging.

The lavish preparations were evident on Monday for the grave digging for Jason Smith, son of businessman Evon Smith, aka Mooney, of Chudleigh district in Manchester.

Groups of people were gathered at the site of the grave, some were inside Mooney’s shop, drinking a variety of alcoholic beverage or playing dominoes.

Others stood in groups to chat, some danced and others partook of soup, fried chicken, and other refreshment provided.

“You no see nutten yet. A Craighead you fe go and se some grave digging. Dem even bigger dan the funeral itself,” Craig said when we expressed surprise at the number of vehicles parked on both sides of the road.

Another man told CENTRAL STAR, “If more people did know (about the grave digging for Smith), you woulda see all melon and pine a sell yah so.”

Word is that more than six quarts of ‘whites’ were consumed by the grave diggers, who claimed they needed it to help them blast away the huge stones they encountered during the job.