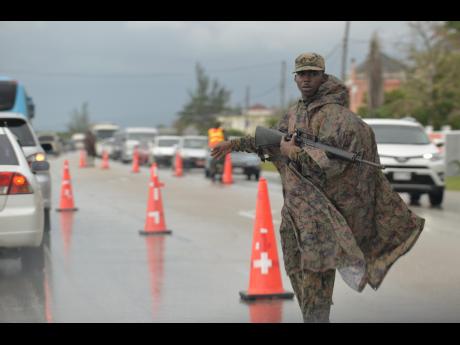 A state of emergency has been declared in Westmoreland, St James and Hanover.

Prime Minister Andrew Holness, speaking at a special press briefing on Tuesday morning, said that he has been advised by the security forces that the crime situation in these parishes "would warrant" such declaration.

The state of emergency takes effect on Tuesday and will run for 14 days in the first instance.

Commissioner of Police Major Antony Anderson said Westmoreland, Hanover and St James have been experiencing significant levels of criminality. Westmoreland, in particular, he said, is on track to record 90 murders this year. He said that St James has seen a 70 per cent increase in murder this year, compared to the corresponding period last year.

"It was these figures and the challenge of violence in these places that caused myself and the (CDS) Chief of Defence Staff to recommend to the prime minister that we declare a state of emergency in these areas. We must save lives!," Anderson said.

Anderson, asked whether a state of emergency was considered for Clarendon, conceded that the parish has "significant challenges".

"Perhaps if we had as much resources as we would like, we would have done that one as well, because it could lend itself to one," he said.

Major General Rocky Ricardo Meade, the CDS, said that security forces have been deployed to the western parishes. Under the state of emergency, they will get additional powers of search, arrest and detention.

"We want to assure the citizens of Jamaica that both the JCF and the JDF have been properly trained and oriented to give due regard to basic human and citizens rights," he said.