Kevin Williams is the ‘Magic One’ - Performer mesmerises with his tricks 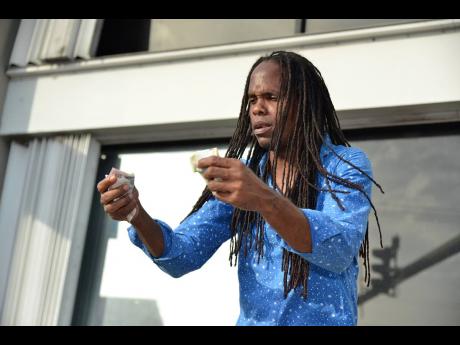 Kevin ‘Magic One’ Williams performs one of his many magic tricks in Half-Way Tree, St Andrew, on Tuesday. 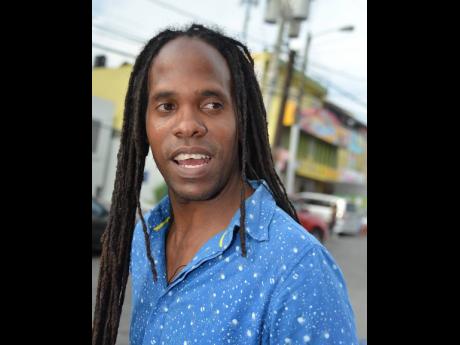 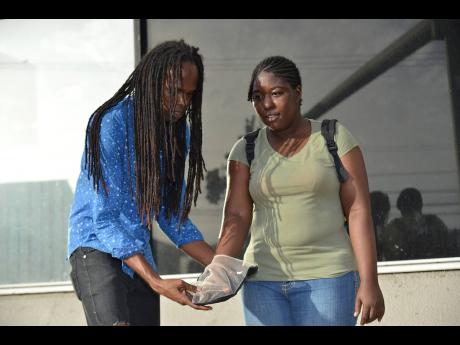 Kevin ‘Magic One’ Williams became enchanted after he saw a magician perform when he was just 12 years old.
1
2
3

Not many believe people there is such a thing as magic. And those who are willing to acknowledge its existence often associate it with witchcraft.

But 32-year-old Kevin ‘Magic One’ Williams became enchanted after he saw a magician performed when he just 12 years old, and since then, he has decided to make a career of out it.

“The first time I saw magic was when I was in primary school. They had a fun day at school and invited a magician, and from that day, I got interested in magic. I start to do some research, started reading books about magic, and started studying about magic,” he said

The self-taught Williams said he’s been practising magic professionally for the past 10 years. And if the crowd that gathered around his ‘stage’ at the National Commercial Bank in Half Way Tree, St Andrew, on Tuesday evening is an indication of his success, then THE WEEKEND STAR can presume things have been going well for him.

In a dramatic voice, Williams beseeched the crowd to give some “strength” to the magic, by giving a donation his cause. He began collecting $50 and $100 notes.

The crowd, which appeared sceptical at first, slowly began to oblige. They were curious, if nothing else, to see what this ‘magician’ was going to do.

Gasps of amazement filled the crowd as Williams appear to have changed a playing card to a $50 note. And soon more curious passers-by decided to stop. The crowd gradually started to increase, the show went on, and the audience’s scepticism reduced as they eagerly awaited another magic trick.

And for Williams, this is achieved not just through the magic. He said his charisma is equally important.

“At the end of the day, it’s all about the charisma with the magic, it’s not all about the tricks, it’s the personality behind all of that, your reaction, how you react to the people dem, how you talk to them, the whole vibes,” he said.

But Williams said he was also very much aware of the ideas people have about magic, and magicians.

“When a lot of people think of magic, they think it has something to do with some evil, or some power or something like that. But it is all illusions. It’s an act. But some people get scared of it, they feel like you’re working with some power. But I just work with my two hands and my talent,” he said.

And though he expressed his love for magic, Williams admits that he also does it for the money. “At the end of the day, a lot of people don’t know magic is a moneymaking business and its a job,” he said.

“I have my business cards, so when I go around and do road shows, I give them out, and people will call me for like birthday parties, wedding reception round-robins and corporate parties. I do my road shows in the evenings in Half-Way Tree, Cross Roads and New Kingston, and those can bring in an average of $8,000,” he said.

And based on the calibre of his tricks, Williams said he doesn’t see himself going out business any time soon.

“Dem always a wonder how someone can pick a card, and you don’t see the card, you put back the card back in the deck, shuffle the deck, and dem you show somebody a card, and they say no, and then automatically, the card is coming out of your mouth. So dat always creep out people,” he laughed.