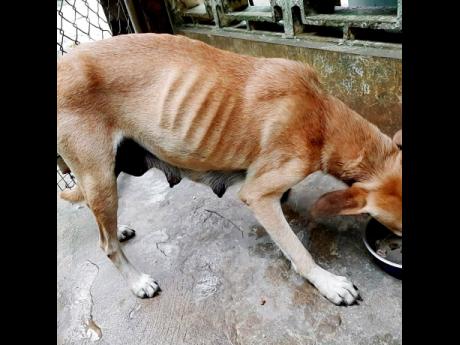 Patrick Salmon loves dogs; he has three of them and intends to get two more.

That's why it breaks his heart every time he visits his business place in Bog Walk, St Catherine, and sees stray dogs on the streets, with no home and no one to take care of them.

So he has decided to do something about that. Salmon created a GoFundMe account to get funds to provide a safe place for these dogs.

"The dogs mostly mess up the town by going to the garbage bins and pulling out the trash leaving the streets looking terrible. People hardly have time these days for themselves much less animals. I must say having a pet in itself is such a refreshing feeling, not to mention helping multiple animals which I like to think of as my pets; it's like stopping to smell the roses. It gives me, a 50-odd-year-old man, a renewed feeling for life," he said

He added: "The money is to be used to lease land where I would use some of my own money to build a structure for housing the dogs."

Salmon said he's also hoping to change the country's attitude in how it treats stray animals.

"The society is already seemingly heartless. I am trying in my own small way to give it a heart. I also think that the measure of a country is its people and the way they treat the disadvantaged among them, including the animals. Some of these animals even need medication, they need care. It starts from one, just one person to care," he said

And although no one is yet to donate to his US$5,000 goal, he's undaunted.

"I think that the people who would help haven't seen the page yet, thus more exposure is needed," he said.