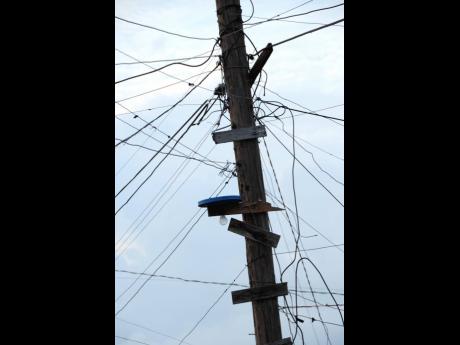 Pastor Jason Harvey can now breathe a sigh of relief, after being found not guilty in the St. Catherine Parish Court last Thursday, regarding the unlawful use of electricity. Harvey told THE STAR that to clear his name was expensive.

"I trust the Lord, I trust God. If I was abstracting light, I wouldn't win, but because I did not, I wasn't guilty. God honoured my request. That money that I had to take and pay my lawyer to make sure my reputation is clean, could've done something in the church...fixed the music department or something. It could've been used for the betterment of the church and help somebody."

Harvey said his concern was the potential blow to his pristine reputation, adding that he did not know how his congregation would react when they heard he was arrested for stealing light. "That can destroy people character. If I didn't have a good lawyer to prove to the court that I was innocent, I don't know what would happen. It is very hurtful to know that I had to be up and down in court for five months, back and forth, wondering if the law of Jamaica will really back me. My congregation didn't know about it, but my people know that I'm a truthful person, so they wouldn't believe," he said.