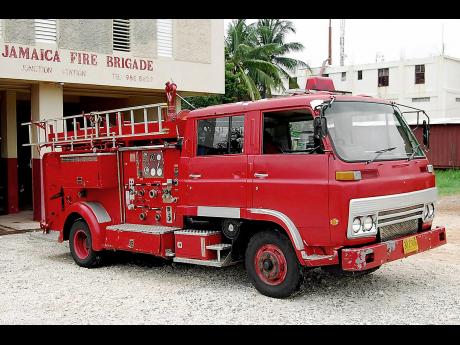 The Jamaica Fire Brigade said that it responded to more than 6,000 false alarms during the period 2014 to 2018. Stewart Beckford, commissioner of the brigade, said members of the public should desist from making false fire calls.

"We can’t sit at our stations when we get a call. We have to respond once we receive a call,” he said.

He said that these calls put an unnecessary strain on resources, noting that vehicles have been damaged as firefighters rush to respond to what they believed to be genuine alarms.

Beckford was speaking at the launch of Fire and Life Safety Awareness Week 2019 last Friday at the Police Officers’ Club in St. Andrew.  He appealed for persons to be more vigilant in preventing fires in the home.

“Simple safety measures could have prevented, if not all, most of these fires,” he said. He said that many fires result from children playing with flammable items and so urged parents and guardians to ensure that children are properly supervised and are not left at home by themselves.