Woman says she can see death 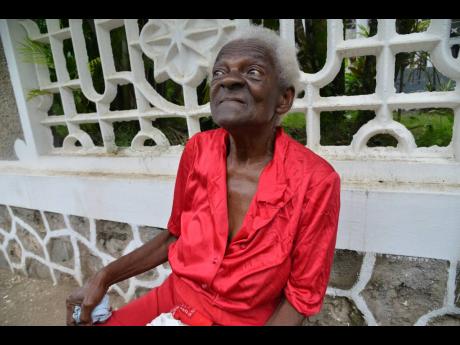 Eugenia Edwards says she has foreseen many deaths. 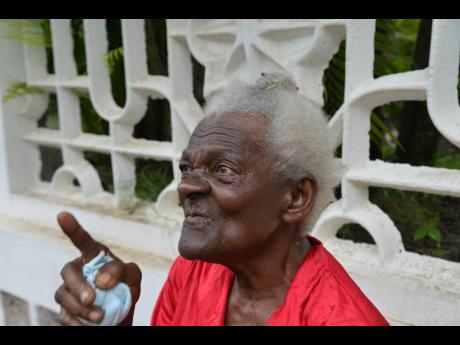 Edwards is adamant that she is not into obeah, or any evil. She says her ‘gift’ is from the Almighty. 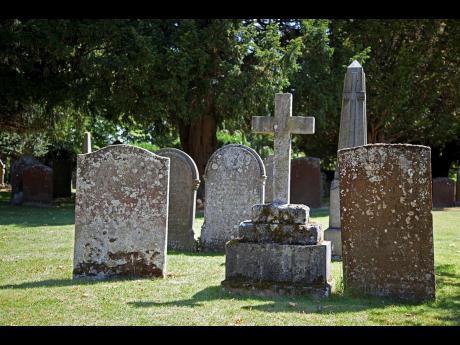 Call her a seer, 'warner woman' or spiritualist, but whenever Eugenia 'Aunt Lilly' Edwards gives out a warning of death or destruction, people in and around Dallas Castle in rural St Andrew take notice.

That's because according to residents, her visions, particularly those foreseeing someone's death, have been frighteningly accurate.

Edwards, 84, says that her 'gift' comes from the Almighty, and that while some of the deaths she foresees cannot be avoided, she often encourages persons to pray to the Almighty and ask him to shift what is set out for them.

"Up to today, I had to leave what I was doing and come deliver the message because there is somebody who is going to 'travel' and pass away. There is someone else who is supposed to go to court soon but someone go to an obeah man for him to go to prison," she said.

Edwards explained that she has 'seen' the death of many persons including that of a family member recently.

"I told her before that I got a vision with her in a crowd and persons were telling her that she wasn't going to make it and that she was going to die suddenly. She died suddenly, she never have nuh known illness. She call her neighbour and tell her say she nuh feel good and dead shortly after," she said.

Edwards, who has buried three of her six children, said that she also feels a physical pain days before her loved ones pass away.

"Whenever I get a message about a particular individual, mi feel every pain the person feel and mi nuh stop feel pain 'til the person pass away. Before mi last daughter go pass off, mi tell her say she must be careful and no eat from anyone. Days later, someone give her some food and her tummy start hurt her and two days later she pass away," she said.

Edwards said she got her first vision more than six decades ago.

"While in my bed, I saw a nurse lady come to mi in mi dream and say 'come out a di mud, God need you'. The nurse told me what Psalm I need to read to do God work. After that I start to mix up with man and the 'gift' left mi. I am not going to tell any lies because God don't like liads. I used to go to church at the time but I wasn't a true Christian ... I was mixed up. I stopped doing what I was doing though and it come back," she said.

Edwards said that her predictions do not sit well with everyone, and some people even call her the 'angel of death'. But she is adamant that she has never dipped her hands in iniquity.

"People all tell mi say mi a obeah worker, some say a man mi want and others say mi hungry, but mi nuh pay dem any mind. God give me a special job and is that mi a do. I was not born with a spirit of fear, so I am not afraid of anything or anyone," Edwards said.