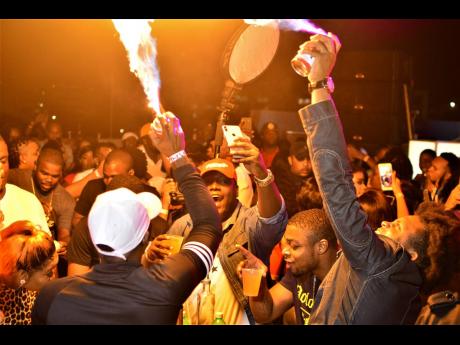 The entertainment industry yesterday secured a major victory after the House of Representatives voted to allow events to take place until 4 a.m. on weekends during the festive season.

Under the Noise Abatement Act, the cut-off time for events is midnight during the week and 2 a.m on weekends.

However, for the Christmas season, the law is to be temporarily amended to allow persons two more hours to have public events such as parties, meetings or church events.

"This bill is a response to the call from the entertainment industry, the practitioners, community associates and residents for there to be a review of the current Noise Abatement Act," National Security Minister Dr Horace Chang said in Parliament yesterday.

He said the police had been pressured to give extensions for events. According to the minister, with the cops being encouraged to enforce public order laws, it has become necessary to amend the law over the festive season.

"This bill represents a temporary solution to ensuring that we are providing an environment which accommodates the social needs of our people, when music, church or political events, while preserving the right to non-disturbance," Chang said.

The minister said that if persons disturb their neighbours, the police should not hesitate to lock down their events.

The bill will now be sent to the Senate for debate, and, if approved, will see the changes taking effect immediately, ending on January 31, 2020.