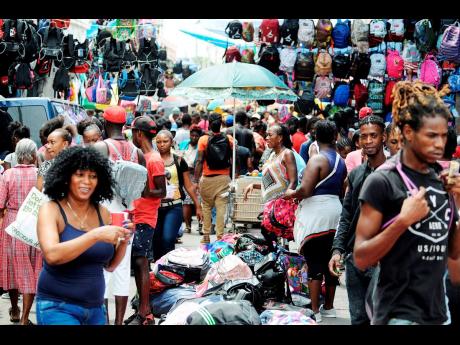 Members of the public in downtown Kingston. 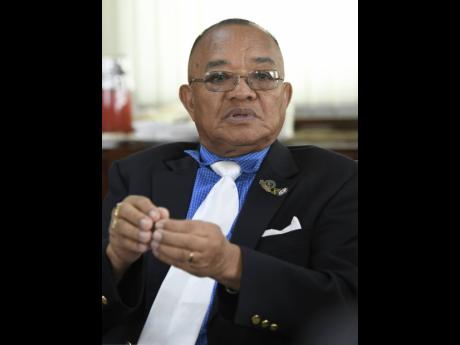 While there has been no specific investigation to find out whether the dengue fever has been affecting work attendance for local businesses, Brenda Cuthbert, chief executive officer (CEO) of the Jamaica Employers' Federation (JEF), says based on the reports of dengue cases, it's possible that businesses are being affected.

Cuthbert told THE STAR that this is based on the increased reports of dengue cases in the news.

"From information coming out of the hospitals and the Ministry of Health and Wellness, we're seeing that more and more people are coming down with it (dengue). Reading the newspaper, listening to the news, that would be a safe assumption ... not just as CEO of the JEF, but for all concerned citizens in this country," she said.

Cuthbert said that the organisation has not sought to find out from employers how many people are utilising sick leave because of dengue.

"Just like when we had the chik-V and Zika, we would've reached out to our members to ask if they're having an impact. We did not do that this time because we saw that is was really out in the press a bit, and persons were mindful of not just the dengue, but other mosquito-borne diseases."

In 2014, the Private Sector Organisation of Jamaica estimated that about 13 million man-hours were lost to the chikungunya epidemic, potentially resulting in economic losses of more than $6 billion, as workers stayed off the job while recovering.

The JEF, at the time, said the impact of chik-V on the workforce and on the economy was significant.

Chik-V, like dengue, is spread by the Aedes aegypti female mosquitoes. This specie bites during the day, with the most active feeding period two hours before and after dawn and dusk. The symptoms of dengue include sudden onset of fever, headache, pain behind the eyes, muscle pains, bone or joint pain, skin rash and vomiting.

Minister of Health and Wellness Dr Christopher Tufton has told Parliament that since 2019, there have been 10,559 notifications of dengue cases in Jamaica. Of that number, 6,114 have been classified as suspected, presumed or confirmed as at November 7.

There have been at least 50 confirmed dengue-related deaths on the island.

Calvin Lyn, president of the Jamaica Association of Certified Embalmers and Funeral Directors, told THE STAR that at a meeting last week that various funeral home directors said a number of bodies coming into the funeral homes appeared to have been dengue victims.

"Some members have said that many of the recent deaths are suspected to be dengue cases, but that's not determined. We are not sure, but we have information coming in from relatives of the deceased persons, saying that they believe their loved ones died from dengue, but it has not been confirmed by the health authority," Lyn said.