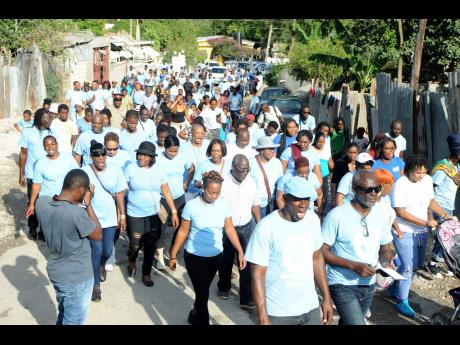 August Town residents march while celebrating peace in their community in 2017. 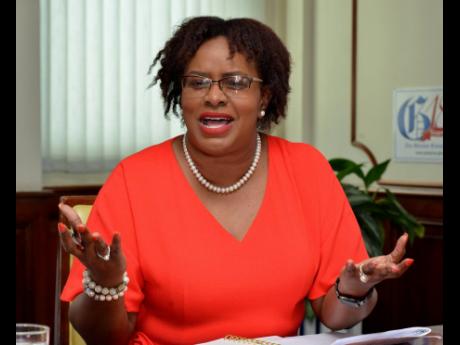 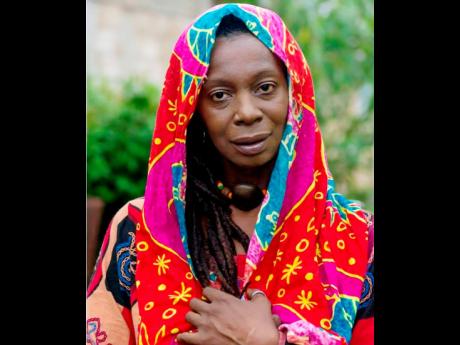 Residents may have felt that their community was on its way to becoming as crime free as Accompong in St Elizabeth.

That maroon community has not had a murder in nearly three decades, police are hardly in the community, and crime is virtually non-existent.

But a consistent rise in murders since that magical 2016 has all but shattered the dream for August Town. So far this year, two persons have been killed.

Councillor Venesha Phillips told THE WEEKEND STAR that following the two murders this year, there have been efforts to ensure that August Town does not record any others.

"We (interested parties and the police) came up with some ideas. We put some checkpoints that are different from a ZOSO, some deliberate activities and searches were done based on how the guys operate, and to this day, we have not had anything happening," she said.

She has been trying to get August Town to adopt Accompong's strategy of 'community collective security', which emphasises love of community.

"When you see something that is happening that goes against the grain that has long-term consequences, talk, and don't adopt an 'informer fi dead' attitude," Sinclair said. "At the end of the day, the life of the community is its residents, and when the community suffers because of the outbreak of violence, they are destroying themselves."

"The man dem affi come to themselves and know seh listen, a peace wi want. They themselves have to do it. Once they do it themselves, it good until some likkle troublemaker mash it up," she said.

She recalled that in 2008, a major peace treaty was signed by warring factions; that might be necessary now.

"If it go back to that, August Town will come back because if mi a big man and mi a govern one corner, mi know seh if one shot buss, me gone. So mi a guh ensure seh everything alright," she added.

John*, another community member, said there must be a targeted effort to reach the community's young males.

"Dem youth yah head just hot so. The youth dem mindset affi change. Dem people yah no want no income. Income deh yah, but them need to channel dem young mind to do something productive. You have young bwoi a go prominent high school and drop out fi go join gang, but that nah work. You join up wid dem man yah now and if a gun missing, a you family affi go pay fi dat. It nuh work out," he said.