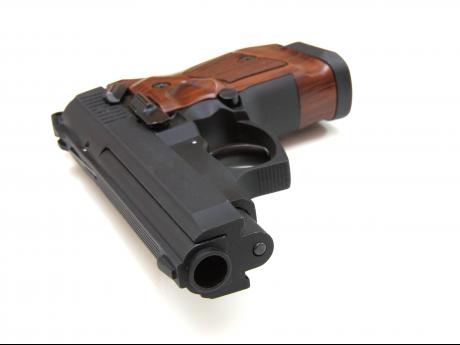 The Security Forces have confirmed that a .38 Revolver along with ten live rounds of ammunition were recovered during a targeted raid at a premises on Glasspole Avenue, Mountain View, on Tuesday.

The operation was conducted by a joint Police/Military team.

Five persons were detained in connection with the find.

The detainees along with the weapon and ammunition were taken to the Elletson Road Police Station for processing.