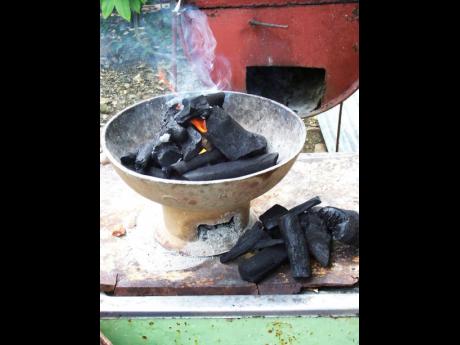 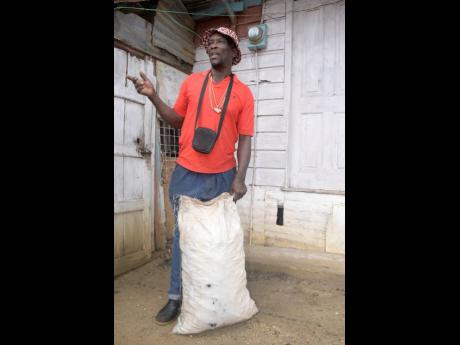 Kendrick Solomon is a charcoal burner and jerk chicken vendor.
1
2

Siloah’s Kendrick Solomon has been burning charcoal for more than 20 years, and he is quick to note that it is quite a back-breaking task.

“It nuh require nuh big education or degree, but it take a lot of skills and patience. It nuh easy as some people think, because you have to wake very early to get the wood and that sometimes take time,” he said.

The 59-year-old St Elizabeth man said that a rough part of the charcoal business is getting a sale for the product.

“Sometimes you will see a truck come and buy it, but other than that I have to depend on the community people. Is not everyone want a bag a coal, sometimes is just a pan dem need; so a lot of times it will take months to sell them off,” Solomon said.

The production of charcoal for domestic consumption is considered somewhat of an environmental disaster, as the cutting down and burning of trees can lead to deforestation.

The Government in 2014 moved to block the export of charcoal, particularly because of its impact on the country’s forests and watersheds. At the time, the authorities said it had information that one country was demanding 40 containers of charcoal per month.

Meanwhile, Solomon, whose products fuel jerk centres, said that many youngsters shy away from charcoal burning.

“Bwoy, mi hardly see any young youth a burn coal because it dirty and dem no wah get black up, but other than that, dem no have the patience, because them want quick money and dem nah guh make dat burning coal, because to burn it may take weeks, and selling it may take months,” he said.