Soldier shoots cop he found in his home 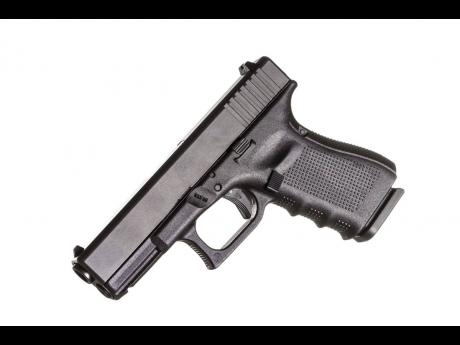 A Jamaica Defence Force soldier was in for a rude awakening Wednesday night when he walked in on his spouse, who is a policewoman, in the company of one of her male colleagues at their maritial home in Greater Portmore, St Catherine.

According to police reports, the soldier caught the duo in a 'compromising position'. It is alleged that he pulled his licensed firearm and hit the policeman on his forehead before shooting him in the left shoulder.

The lawman ran from the home leaving his firearm behind. He was assisted to the Spanish Town Hospital by a passing motorist.

When THE WEEKEND STAR visited the community yesterday, police personnel had cordoned off sections of the avenue.

Neighbours were tight-lipped about the situation but a man said that he was shocked when he saw the crime scene tape.

He was even more shocked when the news began to circulate about a possible love triangle.

"I am happy to know that the police never dead," he said.

He described the cop couple as very pleasant, while stating that he could not confirm if they were having marital issues.

"We just heard some little sound around the back but I thought it was the dog and puss dem. About two dozen police I see come and cordon off the place. I was there wondering what happen because from the time I live here, I never really see any crime scene happening because this is a really decent community," he said

Up to press time, it was unclear if the soldier was in the custody of the JDF or the police.

The Independent Commission of Investigations is also investigating the matter.