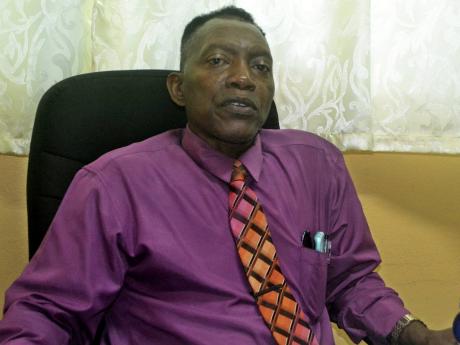 The Oracabessa High School student who allegedly attacked the dean of discipline at the school on Wednesday was arrested by the police Thursday morning after he turned up at the school with a knife and an ice pick in his bag, accompanied by his father.

Allegations are that the boy and his father went to the school gate, with the boy demanding to see the dean of discipline.

A plain clothes cop apprehended the boy and when his bag was searched, the instruments were found. They were taken to the station but it is unclear if they have been charged.

Superintendent Bobette Morgan-Simpson, who is in charge of St Mary, confirmed that a student of the school had been arrested after an ice pick was found in his schoolbag.

On Wednesday, the student allegedly attacked the dean after he told him and several other students that they could not attend classes unless they got their hair trimmed.

Senior vice-principal Donovan Thomas said the student ignored the dean as he took issue to being addressed by him.

"I'm not sure what happened thereafter as I still need to get a detailed report," Thomas said.

He said the dean sustained injury to his face after he was punched several times by the student.

The dean later went to the police and then the hospital to get X-rays done. He is currently on sick leave.

Thomas said teachers at the institution are adamant that something must be done to address student indiscipline.