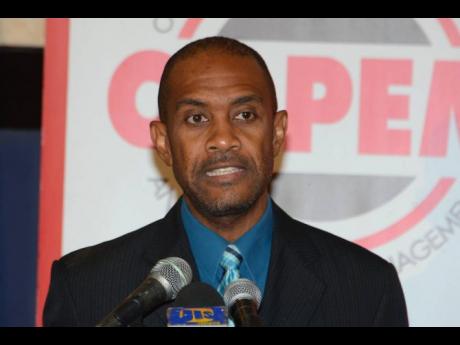 Director of the Meteorological Service of Jamaica, Evan Thompson

The Meteorological Service of Jamaica (Met Service) is reporting that it is ready to monitor and inform the country on weather systems that may develop in what is anticipated to be an above average Atlantic Hurricane Season.

Director of the Met Service, Evan Thompson, said that the office is following the forecasts from the National Oceanic and Atmospheric Administration (NOAA) in the United States, which “speaks to a similar scenario that many other researchers have been indicating”.

“In all cases, they have been agreeing that it is expected to be a hurricane season that is above normal in terms of the activity we will experience. We are also prepared to respond. We continue to monitor the waters and we continue to prepare ourselves to issue the messages. We make sure that we review the hurricane orders and know what our operations will be,” he noted.

Thompson was speaking at a virtual town hall hosted by the Ministry of Local Government and Community Development on Thursday (May 28), where discussions focused on hurricane preparations and the coronavirus (COVID-19) response.

He pointed out that while science has enabled more reliable forecast of tropical storms and hurricanes, there is still no way to predict where will be impacted and by what category system.

He noted that although Jamaica has been spared direct impact in recent times, the country must prepare for any eventuality.

“We just know that in this wide area that includes the Gulf of Mexico, the North Atlantic Ocean and the Caribbean Sea, we could see this many systems develop but we cannot say exactly where will be impacted. This just could be our year… and we have to work out a way that we are going to survive after that hurricane,” he said.

“Everyone must know that just dialing 116 will give you the latest update on tropical storm/hurricane warning messages, so just knowing 116 is something that is going to be very critical during the hurricane season,” Thompson advised.

The Atlantic Hurricane Season, which officially begins on June 1 and runs until November 30, has already seen two named storms develop since May 16.